Jump to RecipePrintComments
5 from 4 votes 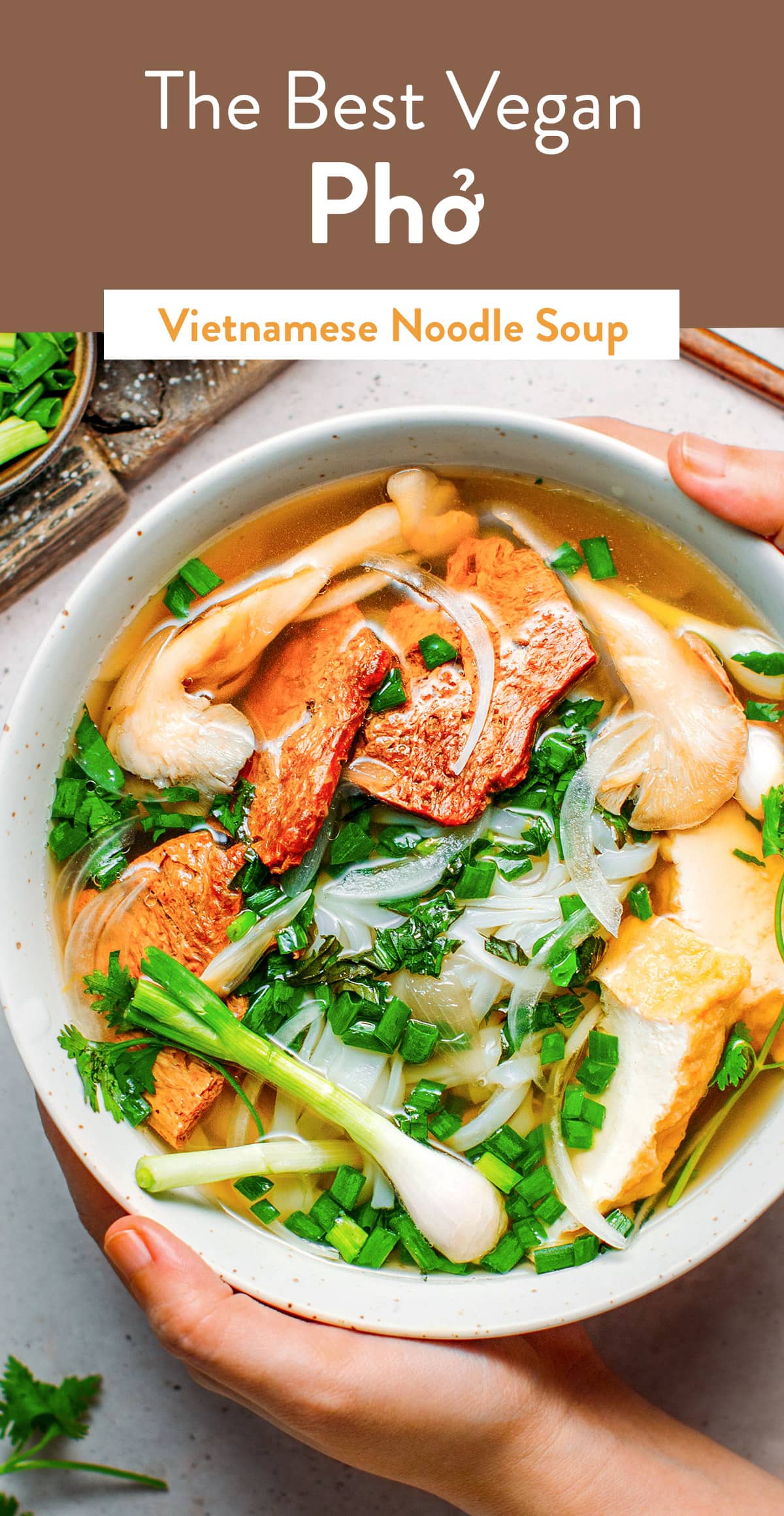 This classic Vietnamese noodle soup has a rich and complex broth and comes with vegan beef, rice noodles, tofu, mushrooms, and plenty of fresh herbs! Check out this in-depth guide on how to make the best vegan phở! Super flavorful, easy to make, and SO comforting!

⭐️ Why You Should Try this Recipe

Phở is one of the most popular Vietnamese noodle soup. It is said to have originated in the early 20th century, in the North of Vietnam. It consists of a broth infused with spices and served with rice noodles, beef or chicken, and fresh herbs.

It is usually enjoyed for breakfast, but can also be eaten for lunch or dinner. Vietnamese people do not often cook phở at home, hence it is usually bought on the street or from restaurants.

🥣 How to Make Vegan Phở

First, we start with the broth that is one of the most important part of the recipe. Here is what you will need:

Note: I only went with carrot and radish as the main components of the broth mainly because these are available year round. Feel free to use corn as well, when it is in season, for a slightly sweeter and richer broth.

To prepare the broth:

Start by charring the onion and shallots in a non-stick skillet over medium-high heat for a few minutes. Charred onions and shallots will deepen the flavors of the broth.

Next, peel and slice the carrot and radish and transfer to a large pot along with the charred onion and shallots.

Cover with water and season with the salt and sugar. Bring to a boil and let simmer uncovered for 35-40 minutes.

Spices to Flavor the Broth

Next, we will infuse the broth with whole spices. The spices used differ depending on the region and the cook. Here, we will be using a combination of spices that are usually used in Southern Vietnam. Here are the spices you will need:

If you don't want to bother buying each spice individually, simply use a pho seasoning pack!

Toast the spices for 2-3 minutes in a non-stick skillet. This will help develop their aroma. Next, transfer the spices to a tea bag or a cheesecloth tied with a string.

Place the bag containing the spices in the broth and let it sit for about 10 minutes. I found that time enough to give the broth a rich flavor without adding any bitterness.

The addition of sautéed mushrooms and vegan beef bring that fatty component to the broth, making it even richer, so do not skip on those!

Once your broth and add-ins are ready, it's time to assemble!

I hope you are going to enjoy this vegan phở as much as we do! It's a Vietnamese-classic that is SO delicious, filling, and quite easy to prepare! 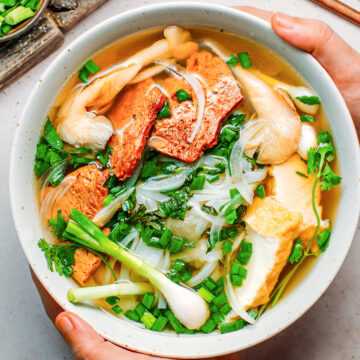