Jump to RecipePrintComments
5 from 2 votes 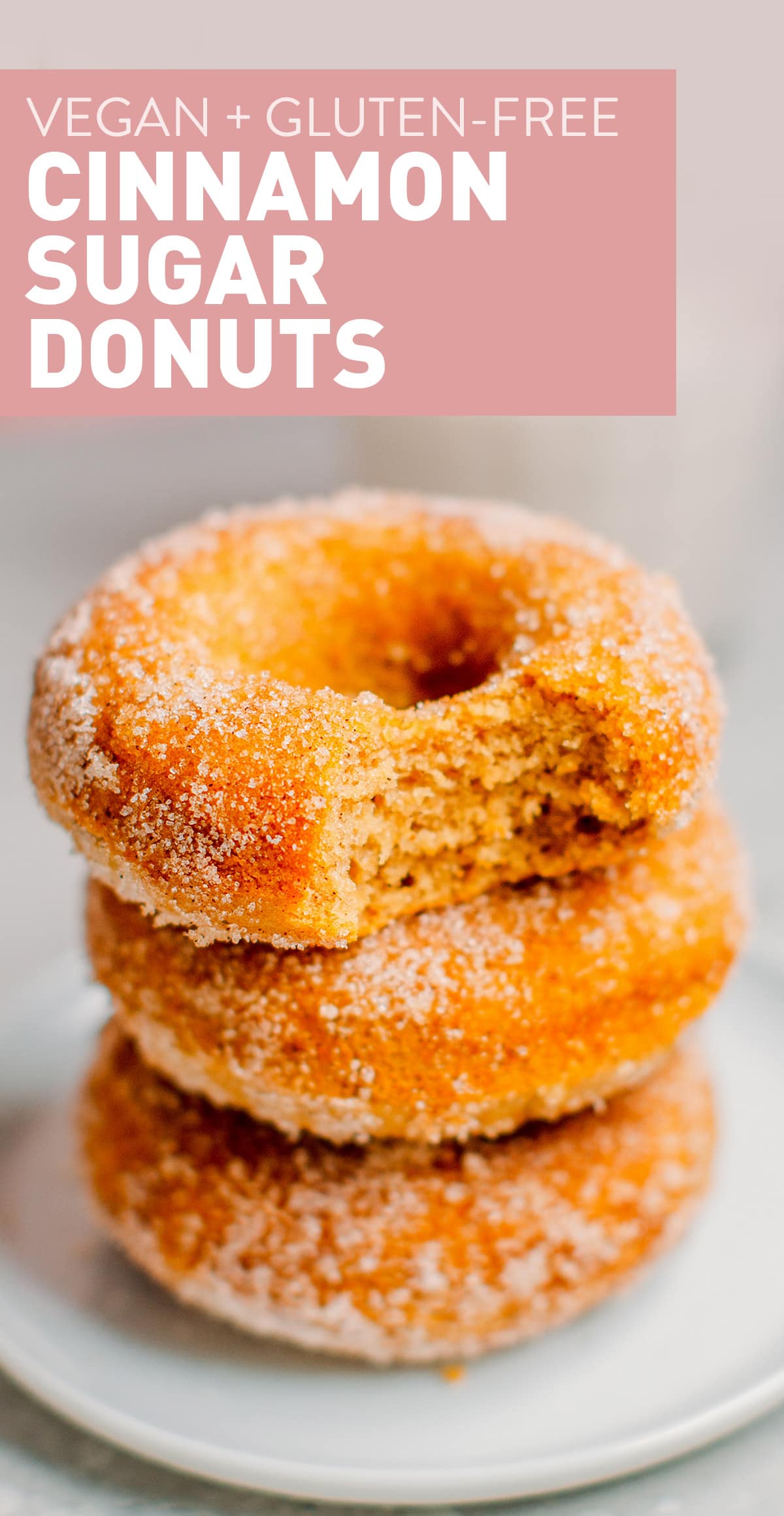 These baked gluten-free and vegan donuts are incredibly tender, moist, buttery, and coated with cinnamon sugar! Ready in less than 30 minutes, these cinnamon sugar donuts are a must-try! Our all-time favorite donut recipe!

Making these cinnamon sugar donuts is easy and requires basic ingredients you most probably already have in your pantry!

First, whisk together the dry ingredients in a large mixing bowl. To keep these donuts gluten-free, we went with a blend of gluten-free flours:

Next, add the remaining ingredients:

Whisk all of the ingredients together until fully combined. The batter should have the same consistency as a pancake batter: thick but slightly runny.

Fill the cavities of a greased donut pan using a spoon or a piping bag to the ⅘. Cavities should be almost filled to the top if you want thick donuts.

Bake for 15 minutes, or until golden brown and let cool for a few minutes before coating.

Finally, comes the icing on the cake: the cinnamon sugar coating!

Whisk together sugar with ground cinnamon and our secret ingredient: a good pinch of salt! Salt enhances the flavors and who doesn't like sweet and salty?

Using a pastry brush, coat the donuts with melted vegan butter and quickly dunk into the cinnamon sugar, coating all sides.

Another option is to dip the donuts into the melted butter. It definitely yields moister donuts, but can add extra calories.

I hope you are going to love this vegan donut recipe as much as we do! It is perfect for the holidays, and can easily be made with kids! 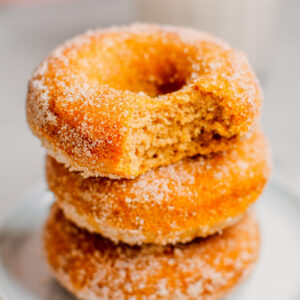 Prevent your screen from going dark

Nutritional information is an estimate as it is difficult to calculate exactly the amount of the cinnamon sugar coating. 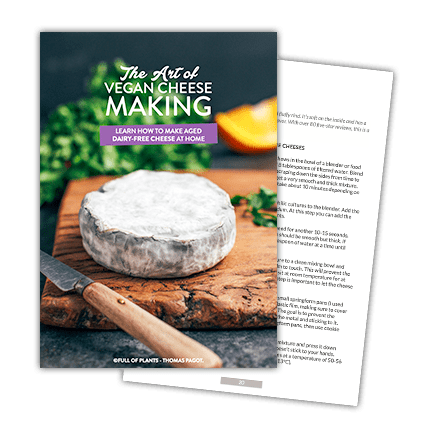 Subscribe to receive your free ebook “The Art of Vegan Cheese Making”! 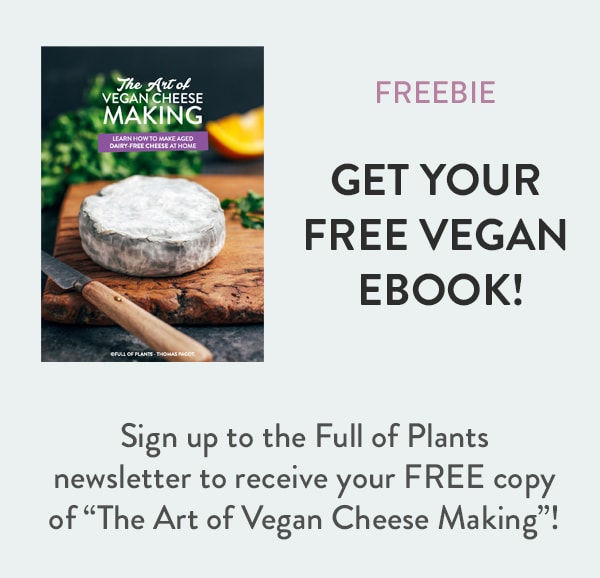