Jump to RecipePrintComments
5 from 1 vote 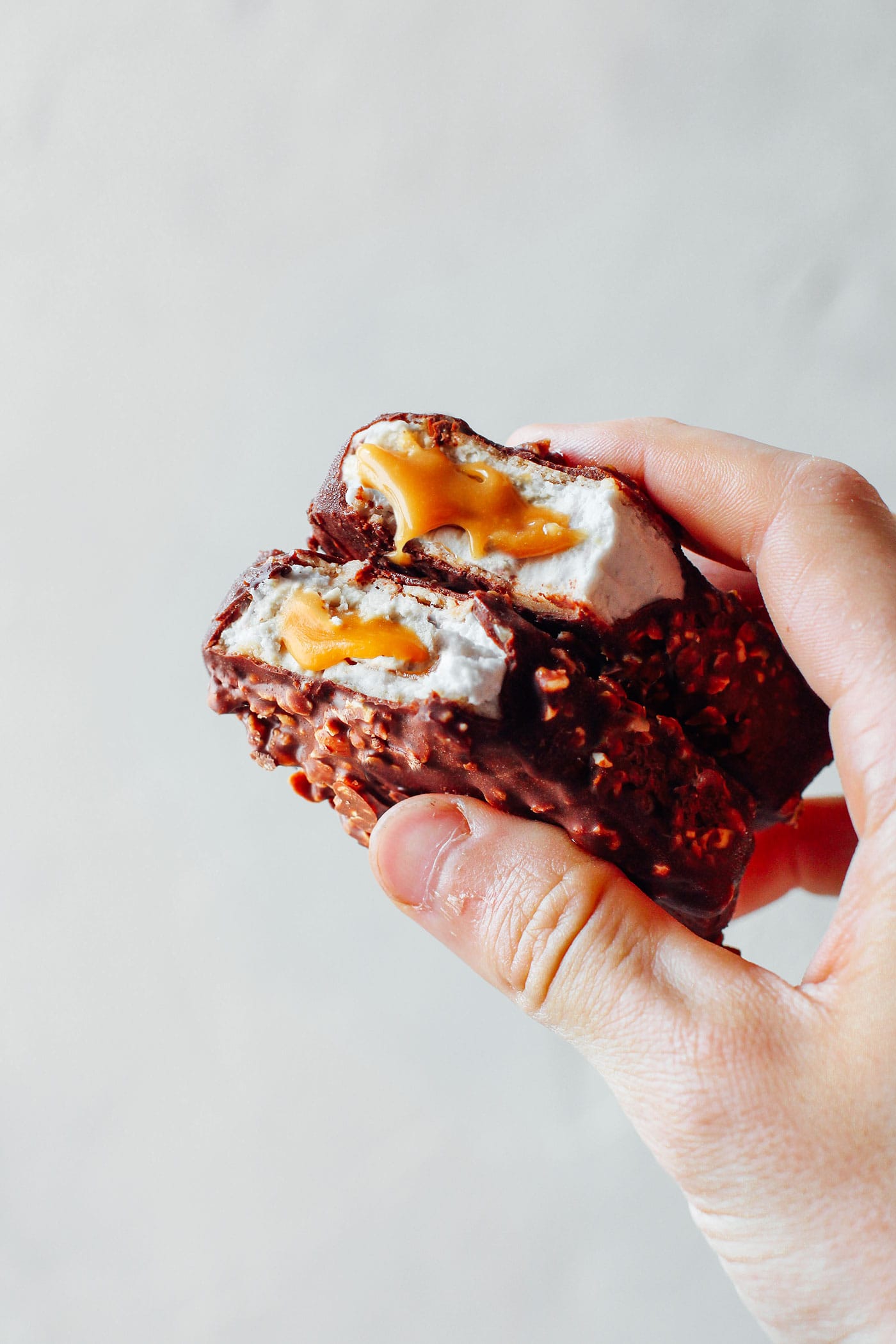 The inspiration behind this recipe is Kinder's Maxi King. If you didn't know by now I love recreating and veganizing commercial snacks. If you have never heard of Maxi King, it's a milk bar with a caramel center and a wafer shell coated with milk chocolate and crunchy hazelnuts. It's sold in the refrigerated section as it's meant to be eaten fresh. You might not see it but there is actually a thin layer of a wafer between the milk filling and the chocolate shell.

What's awesome about these bars is that they can be eaten fresh or frozen! I'm positive I found my new favorite snack. 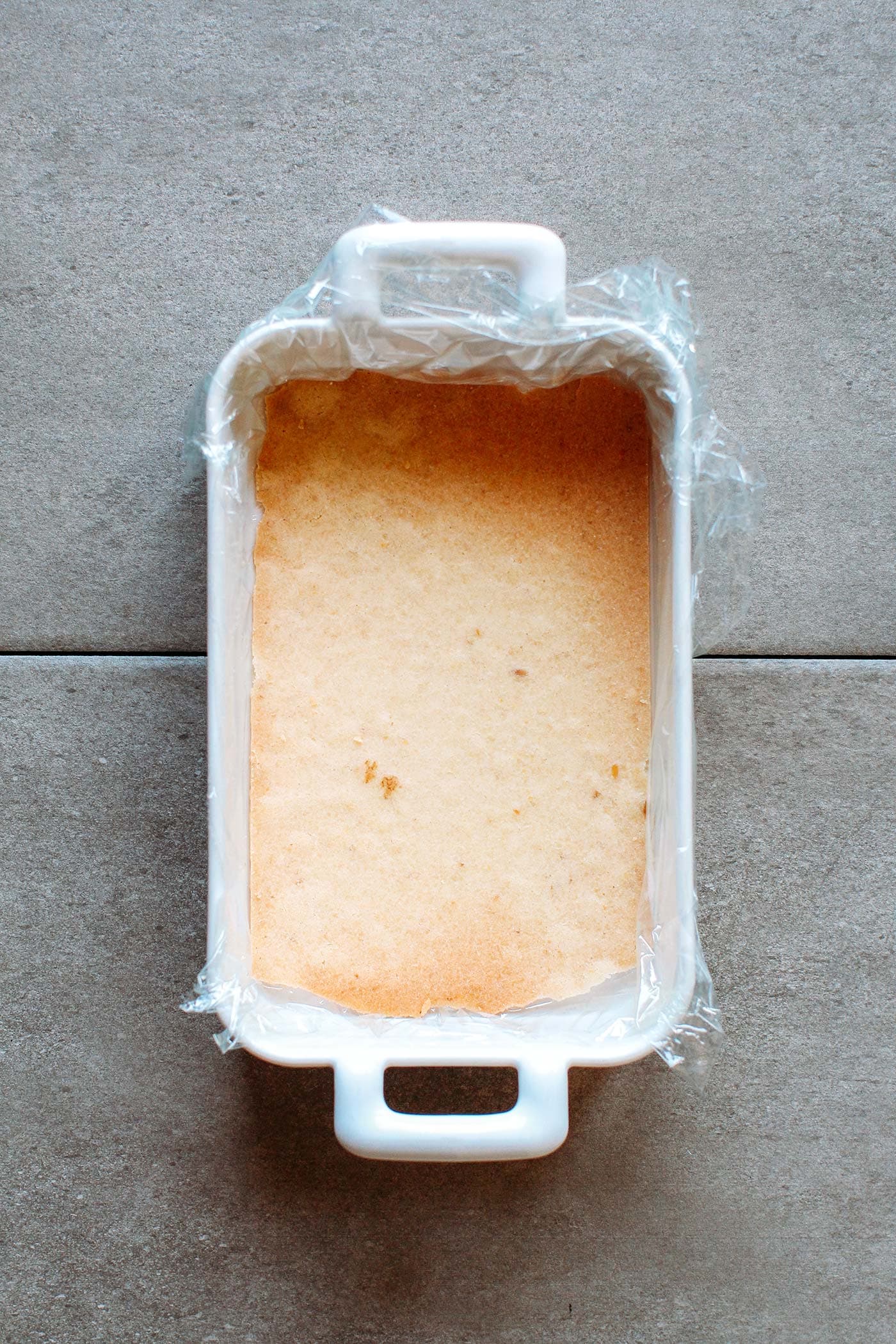 This is a 4-step recipe: You start with the wafer layers, then make the "milk" cream, add the caramel filling, and finally coat the bars in mylk chocolate (or dark chocolate).

Let's talk about the wafer layer first. It's sweet, very thin and crispy. It consists of 6 ingredients: rice flour, tapioca starch, coconut oil, maple syrup, almond milk, and flax seeds. You combine all the ingredients together in a bowl and then spread the batter very thinly on a baking sheet. Once golden brown, let cool and cut it in a way it can fit in your pan. Place one layer of wafer in the bottom of your pan and set aside the other layer that will go on top. 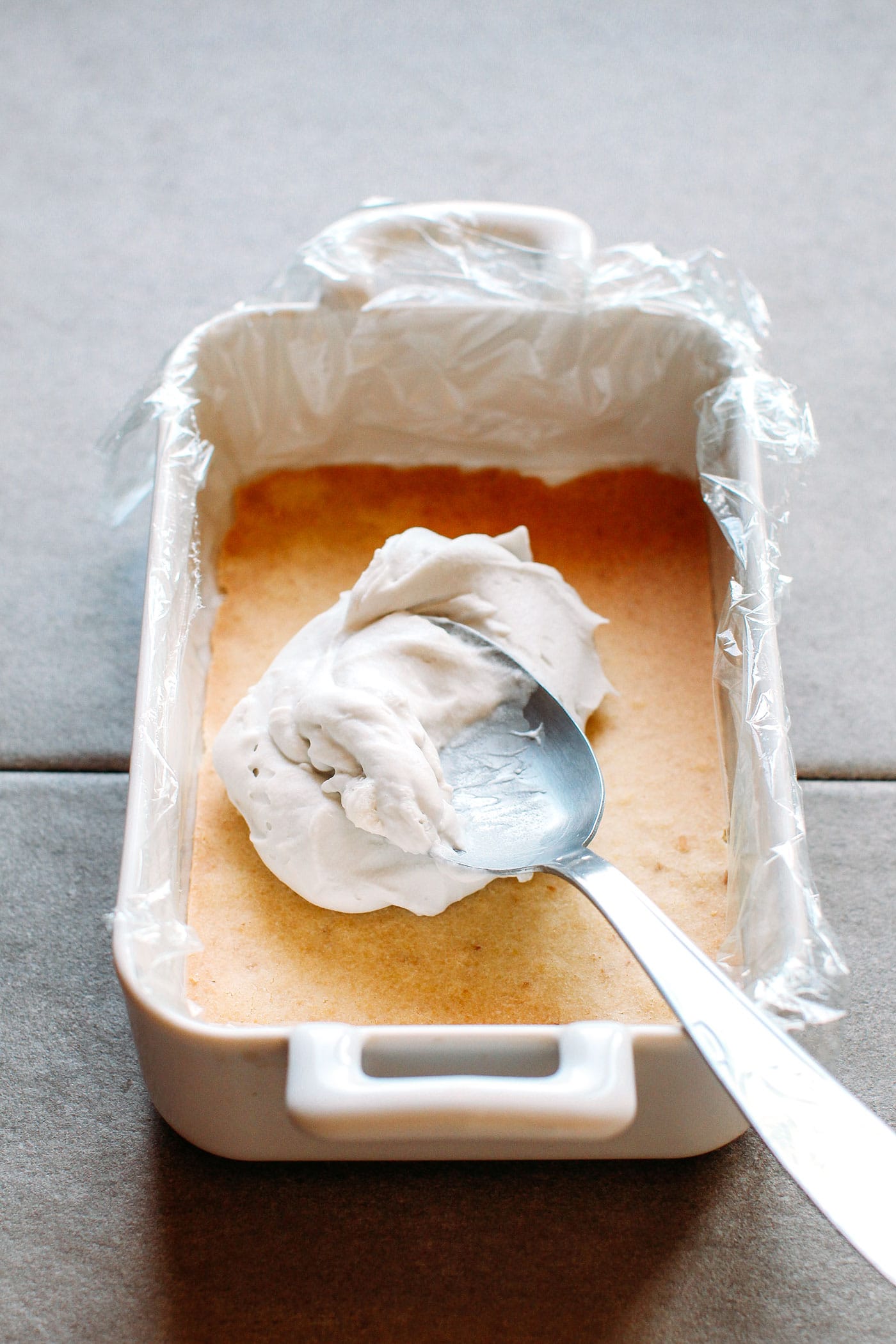 Spread half of the whipped coconut cream on top of the wafer layer before topping with the caramel filling. Speaking of the caramel, all you need is almond butter (or peanut butter), maple syrup, vanilla, and a generous pinch of salt. 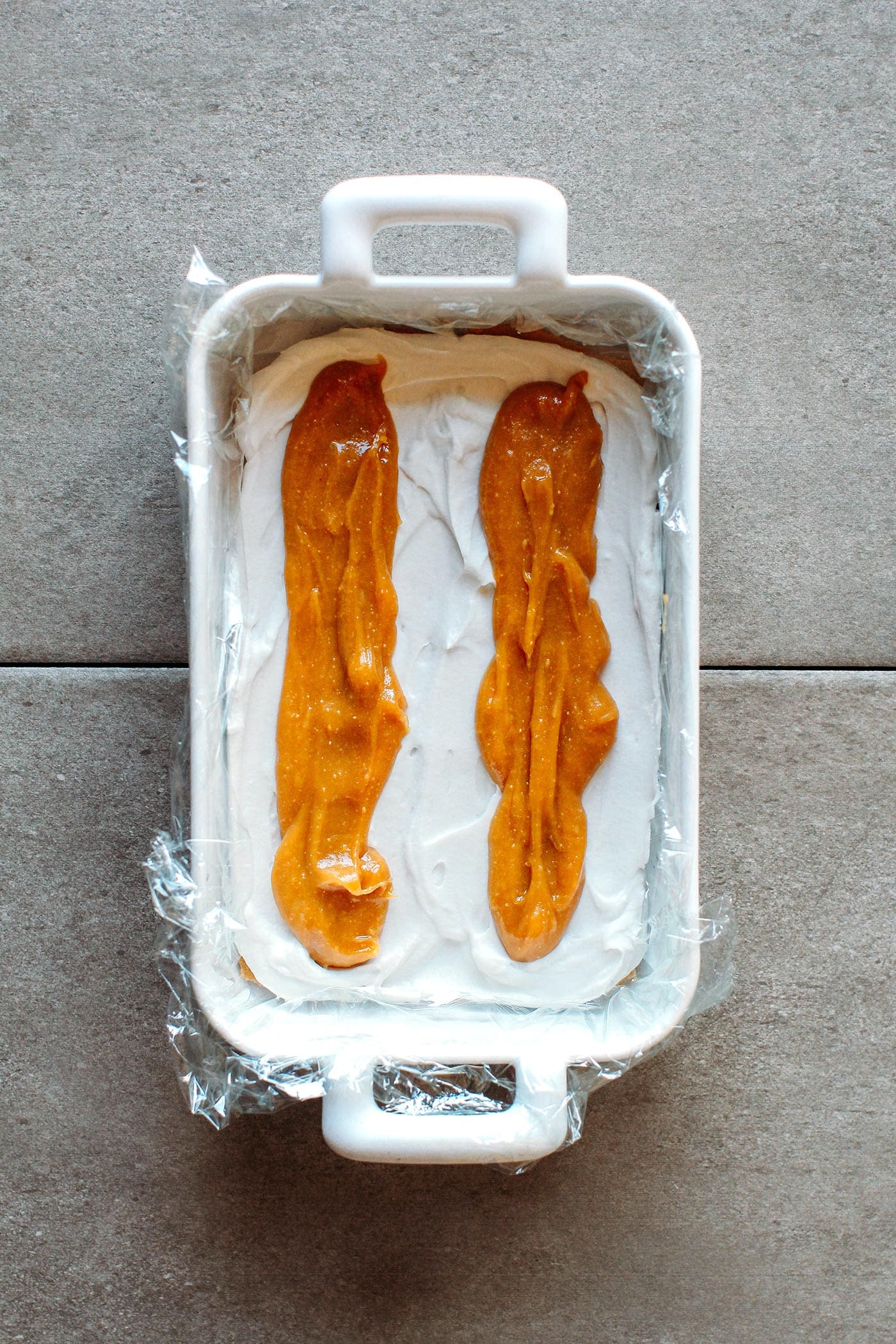 Once you have placed the caramel on top of the coconut cream, freeze for 30 minutes before topping with the remaining coconut cream and the last layer of the wafer.

I cut it into 4 large bars, but if you prefer smaller ones, you can make up to 6 bars. As the wafer is very thin, it's okay if it cracks a bit, don't worry about it. 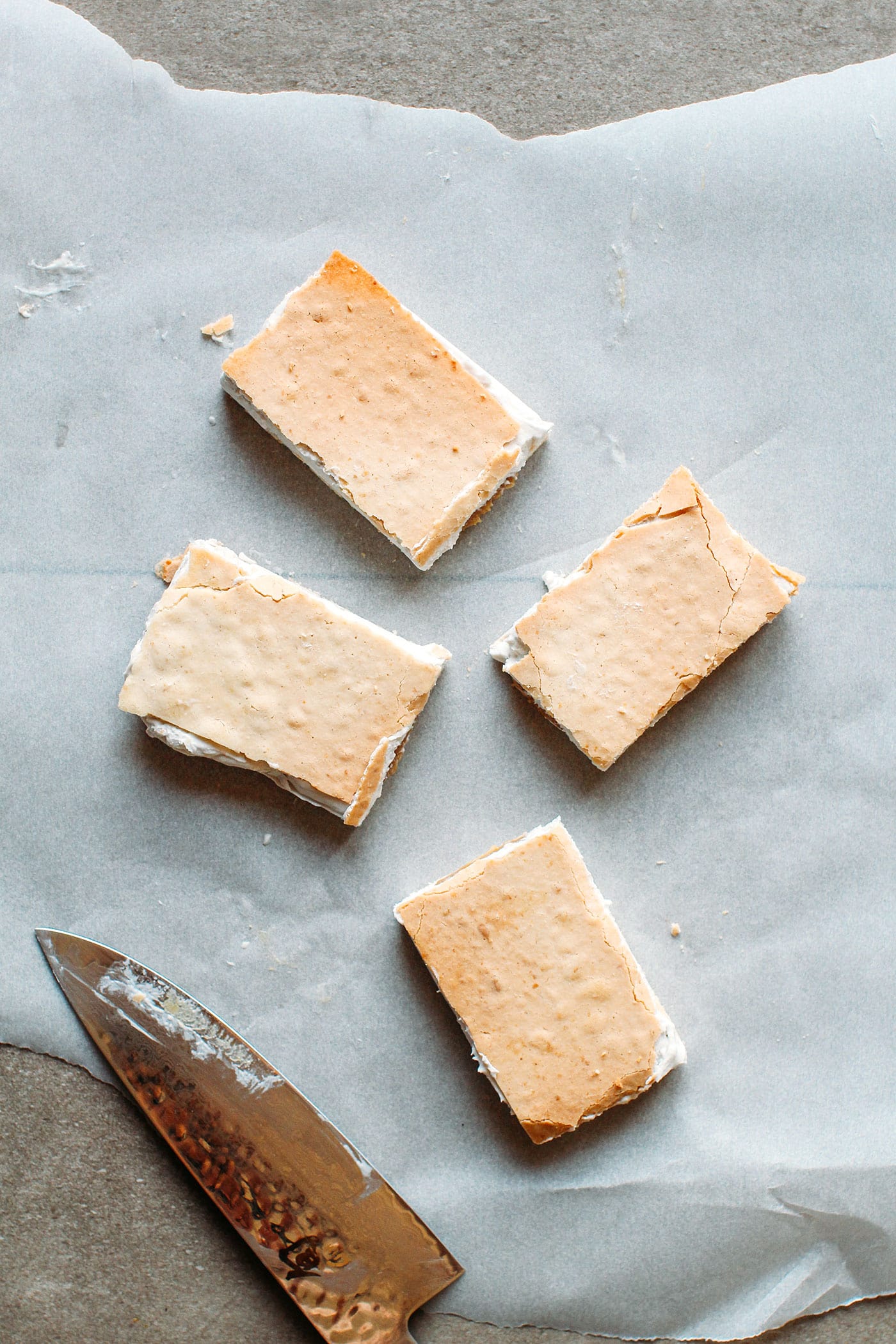 Finally, dip the bars in melted mylk chocolate mixed with crushed hazelnuts and chill in the refrigerator until firm!

I recommend eating the bars the first day if you want the wafer to be crispy. After that, the wafer tends to change in texture and becomes softer, which I have to admit, is also pretty good! Now if you don't want to make the wafer layers you can, just be aware that it adds some sweetness and texture. 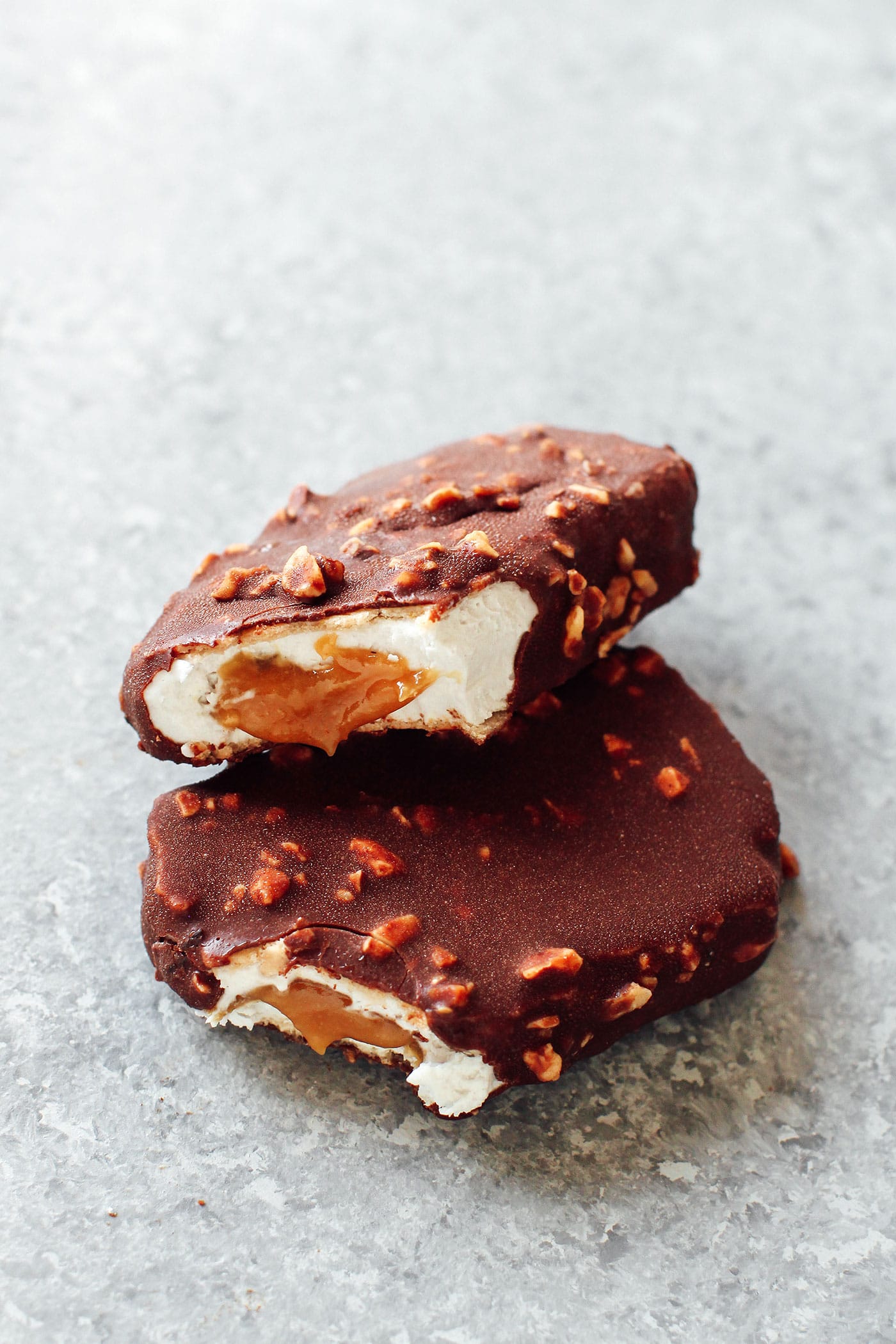 These bars have it all! A crunchy and nutty chocolate shell that hides a crispy wafer, a fresh vanilla milk filling, and a melty caramel center! It's rich, sweet, and insanely delicious! My new favorite dessert! 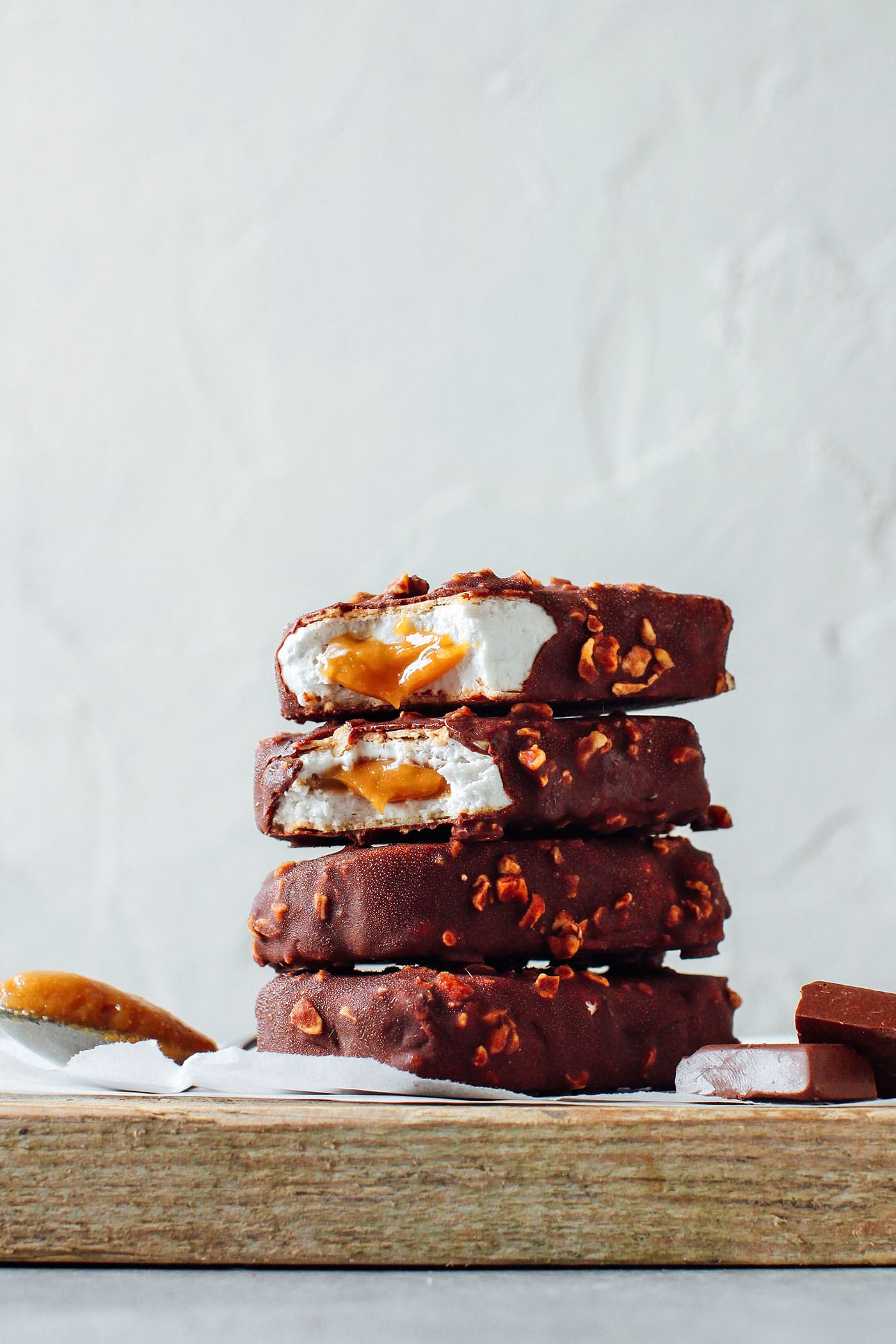 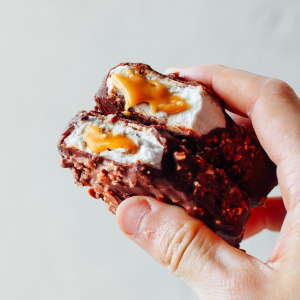