Jump to RecipePrintComments
4.80 from 5 votes 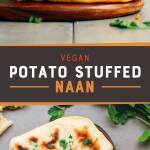 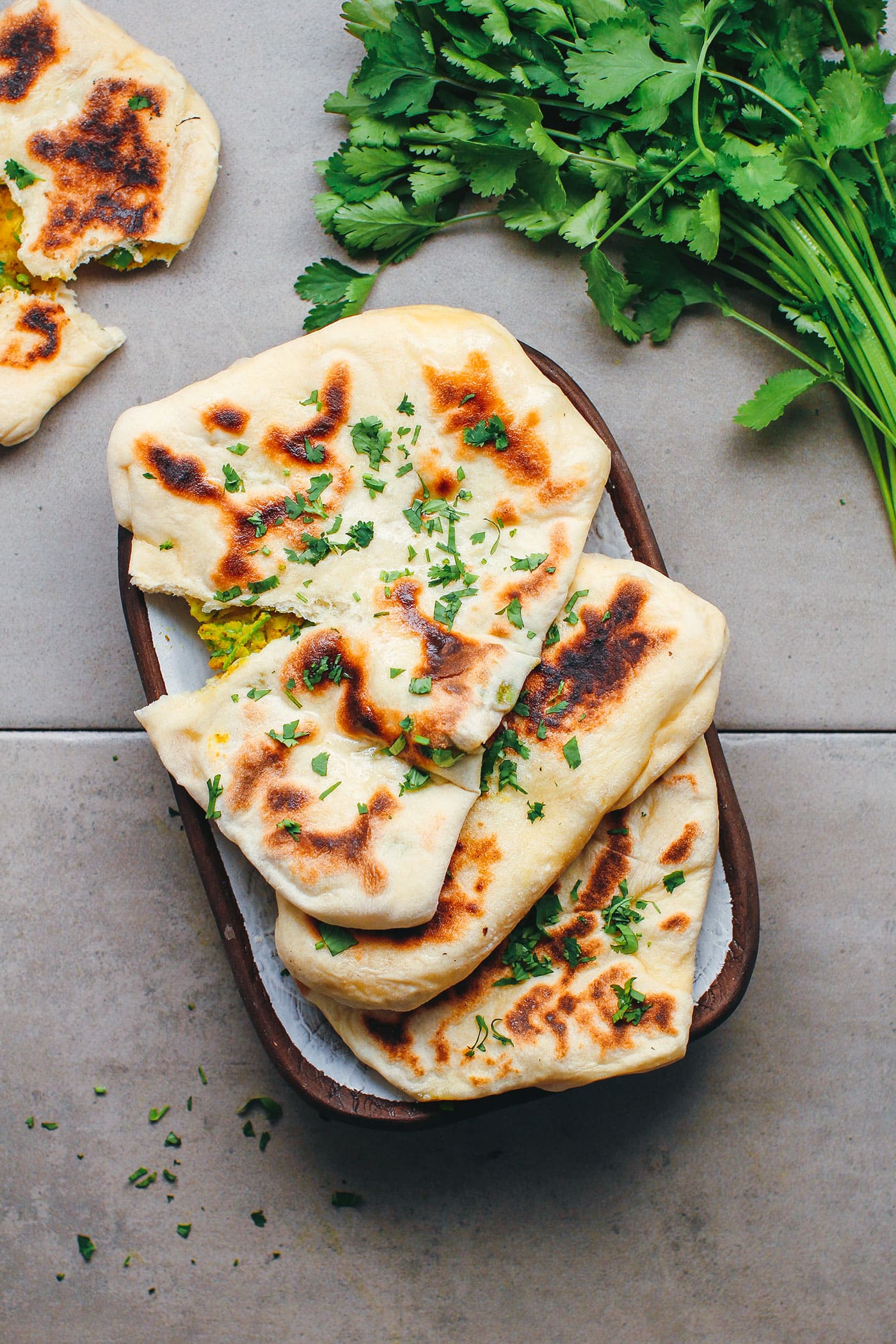 Naan is great, but it's even better when it's stuffed with spicy potatoes and green beans!

This naan is everything you are looking for: thin, soft, and buttery. AND stuffed! Let's do this! 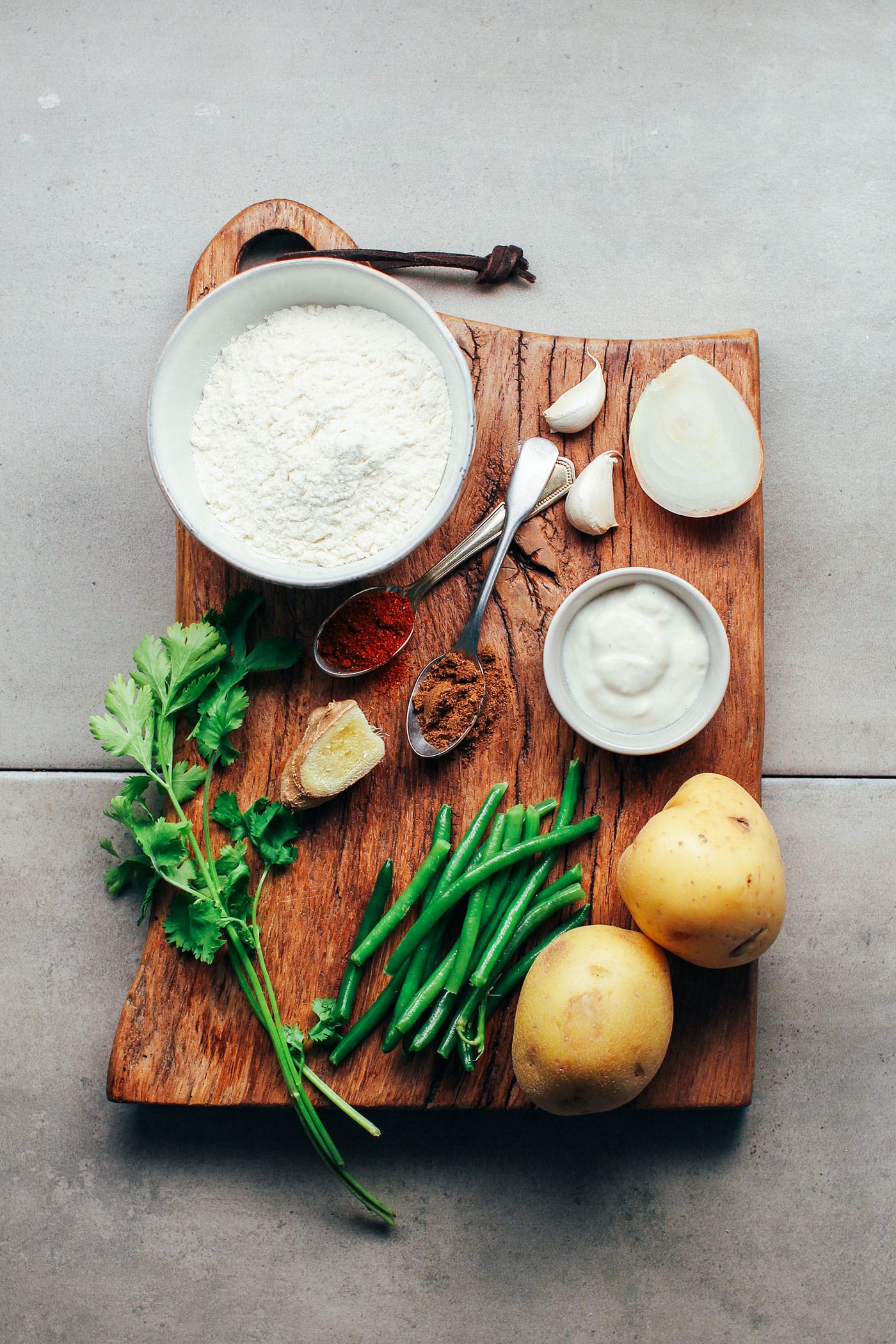 It starts with the dough, you knead the flour with water, yeast, baking powder, salt, maple syrup, and vegan yogurt. The addition of yogurt brings tenderness and gives the dough more flavor.

Once you have a smooth dough, it needs to rest for about 2 hours. While the dough is resting, you prepare the filling.

For the filling, I went with onion and ginger that are sautéed until golden brown. Next we have cooked potatoes and green beans, and finally aromatic spices like cumin, garam masala, chili, and turmeric.

Be aware that your potatoes have to be well cooked so they can mash easily when you shape the naans.

To prepare the naans, divide the dough into small balls and flatten into thin rounds. Place about 2 tablespoon of the potato mixture in the center, and fold the edges over the filling, trying to leave as little air as possible.

Next, you want to flatten the ball again with your hands into a thin round or oval shape. I recommend doing it by hand as I found that a rolling pin tend to make the filling escape.

Finally, cook over medium-heat in a non-stick skillet until golden brown on each side! Brush with vegan butter, top with chopped cilantro, and enjoy! 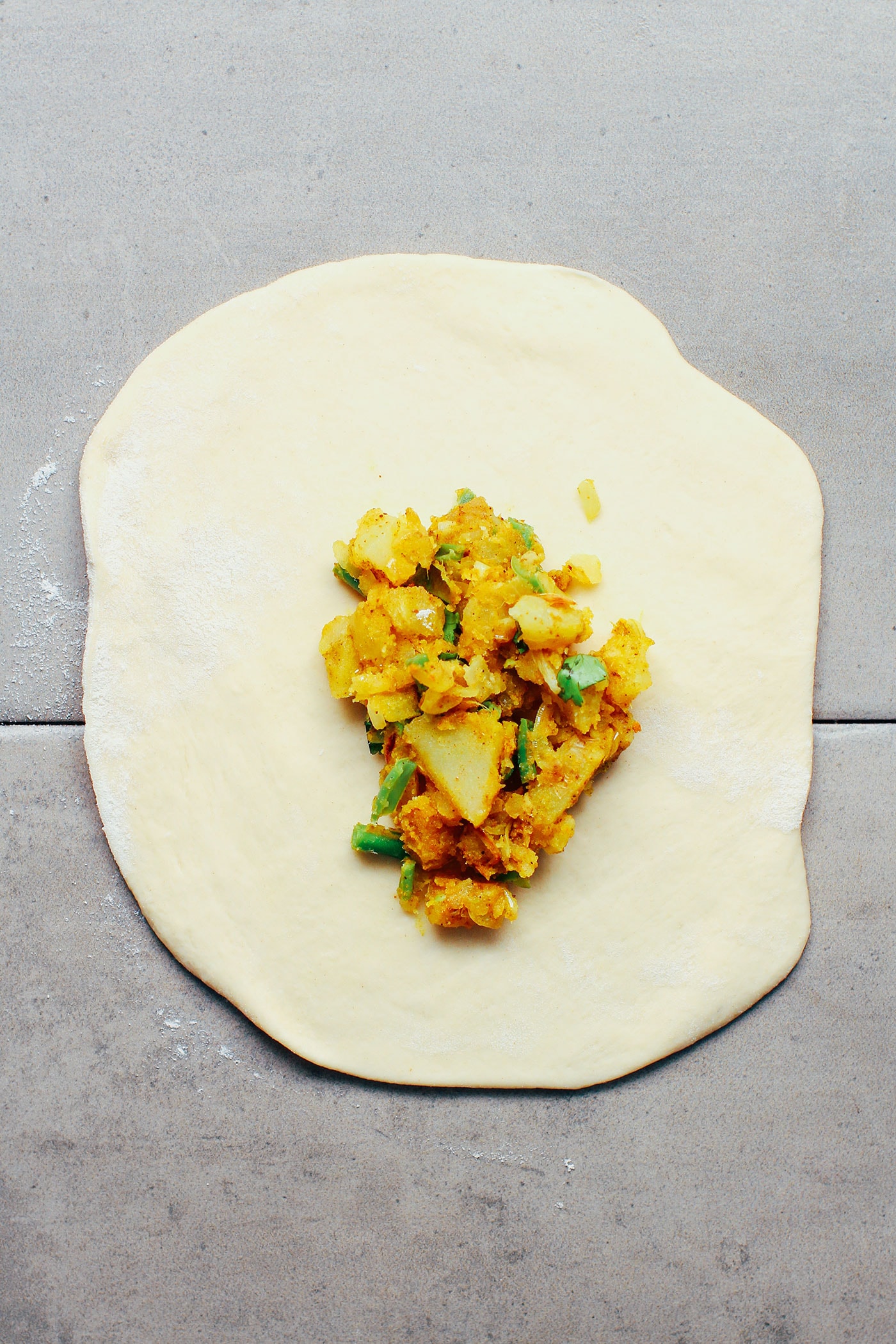 These naans are delicious on their own but would make a great side to this Easy Dal Palak, Instant Pot Cauliflower Tikka Masala, or this Fire-Roasted Eggplant Dip! 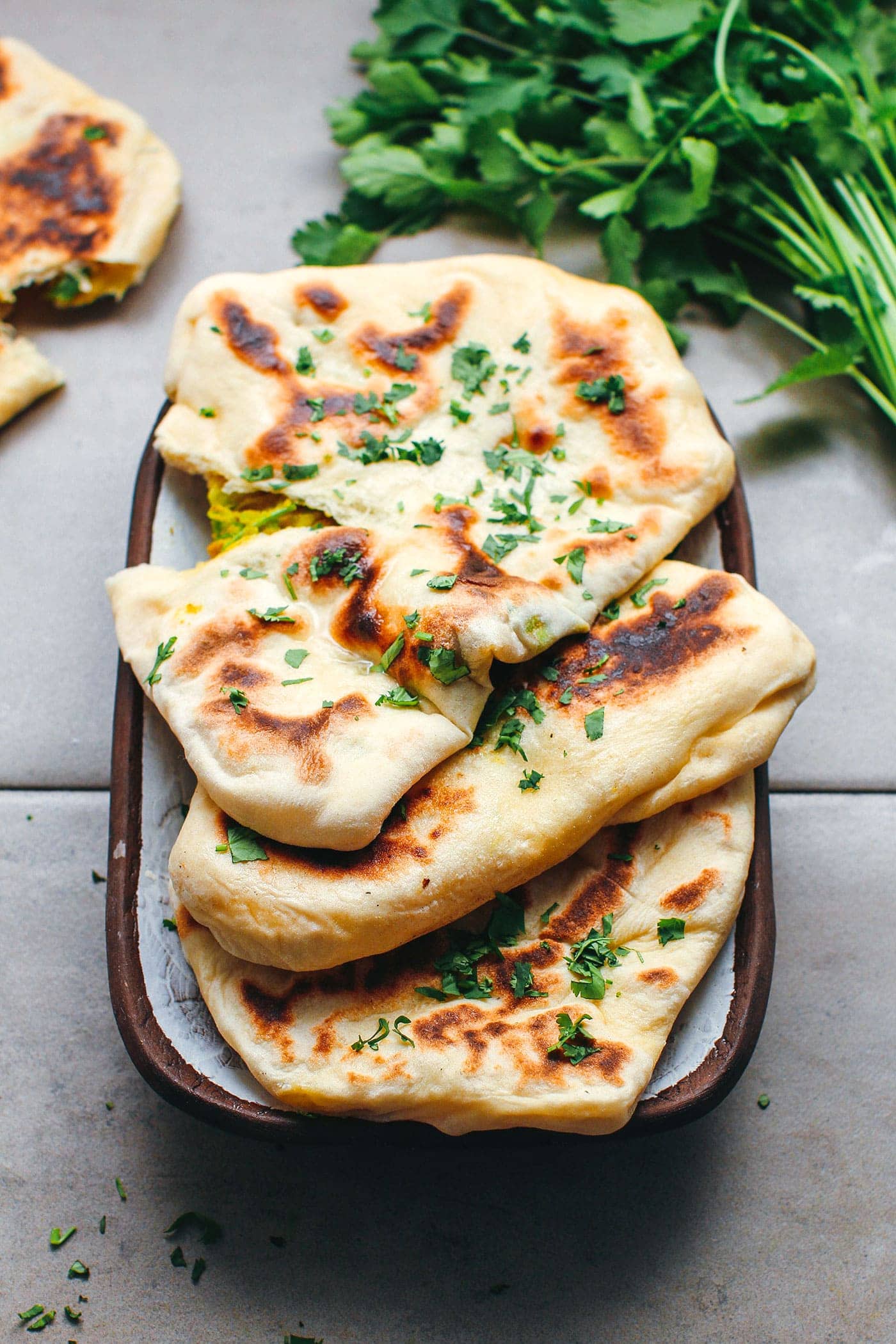 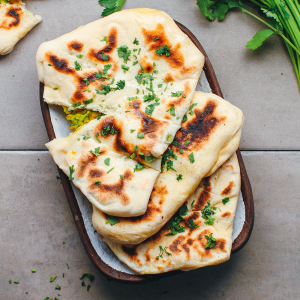