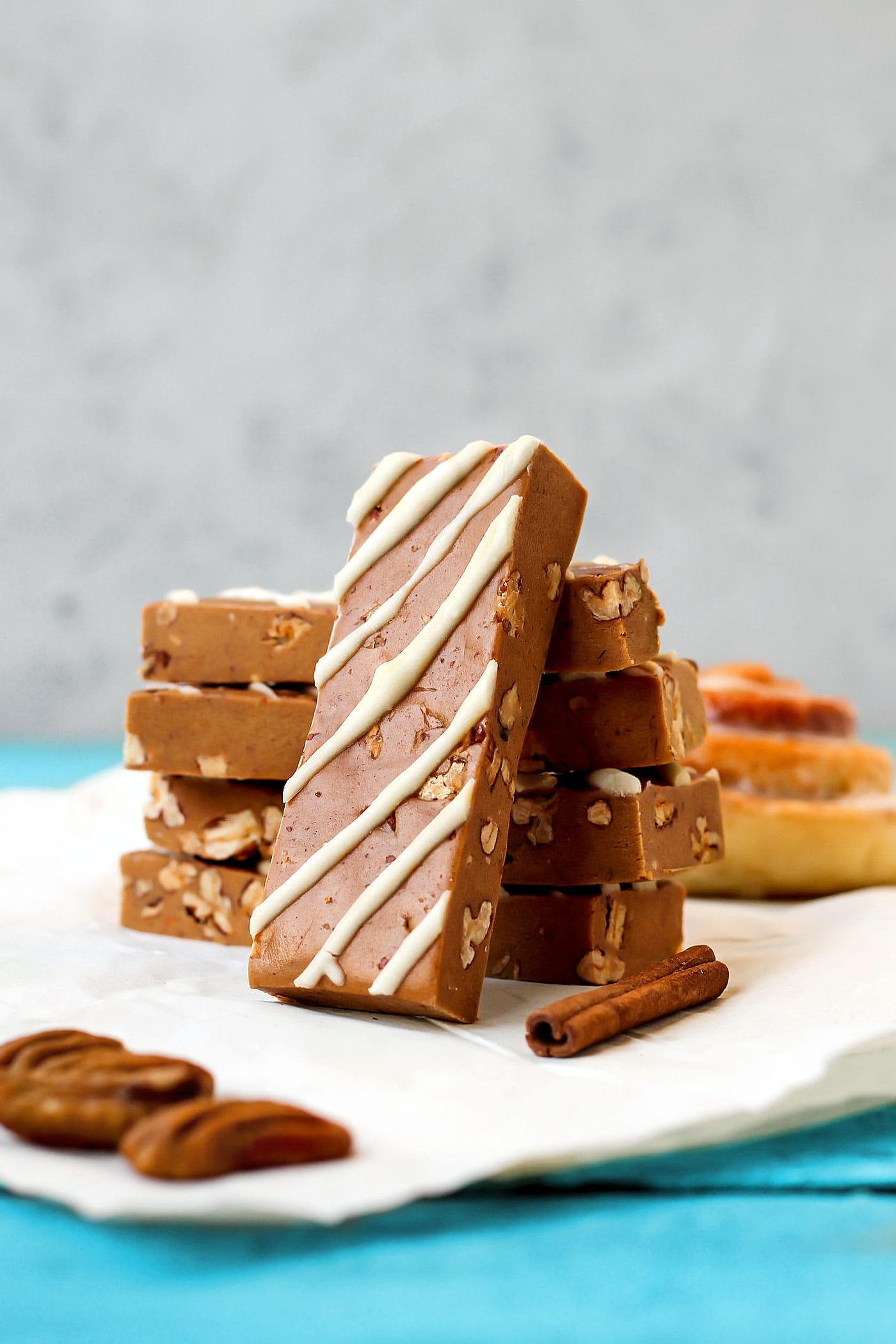 Cinnamon...just thinking about it makes me drool. I love it so much I basically put it everywhere and love everything cinnamony like chai, speculoos, stroopwafels, snickerdoodles, cookie butter and obviously...cinnamon rolls.

If you too are a cinnamon lover, you will love these no bake protein bars! Each bar is packed with candied pecans and topped with a vanilla glaze. Oh and you get over 20g of protein per bar! 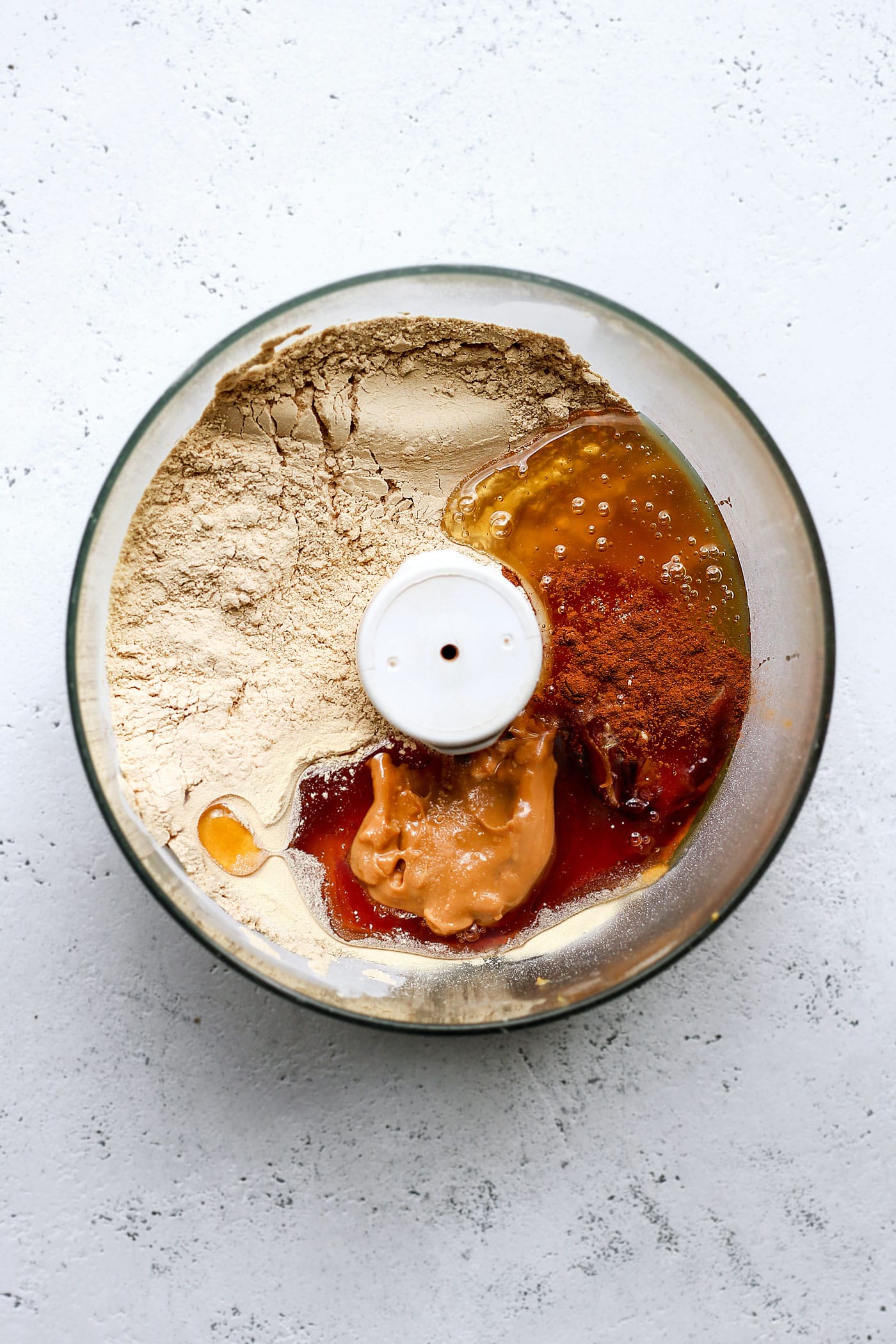 So, depending on which brand you use, the texture, as well as the taste, might change a bit. If you can get your hands on pea protein, it's also a great choice since it tends to have a neutral taste, at least the ones I tried. 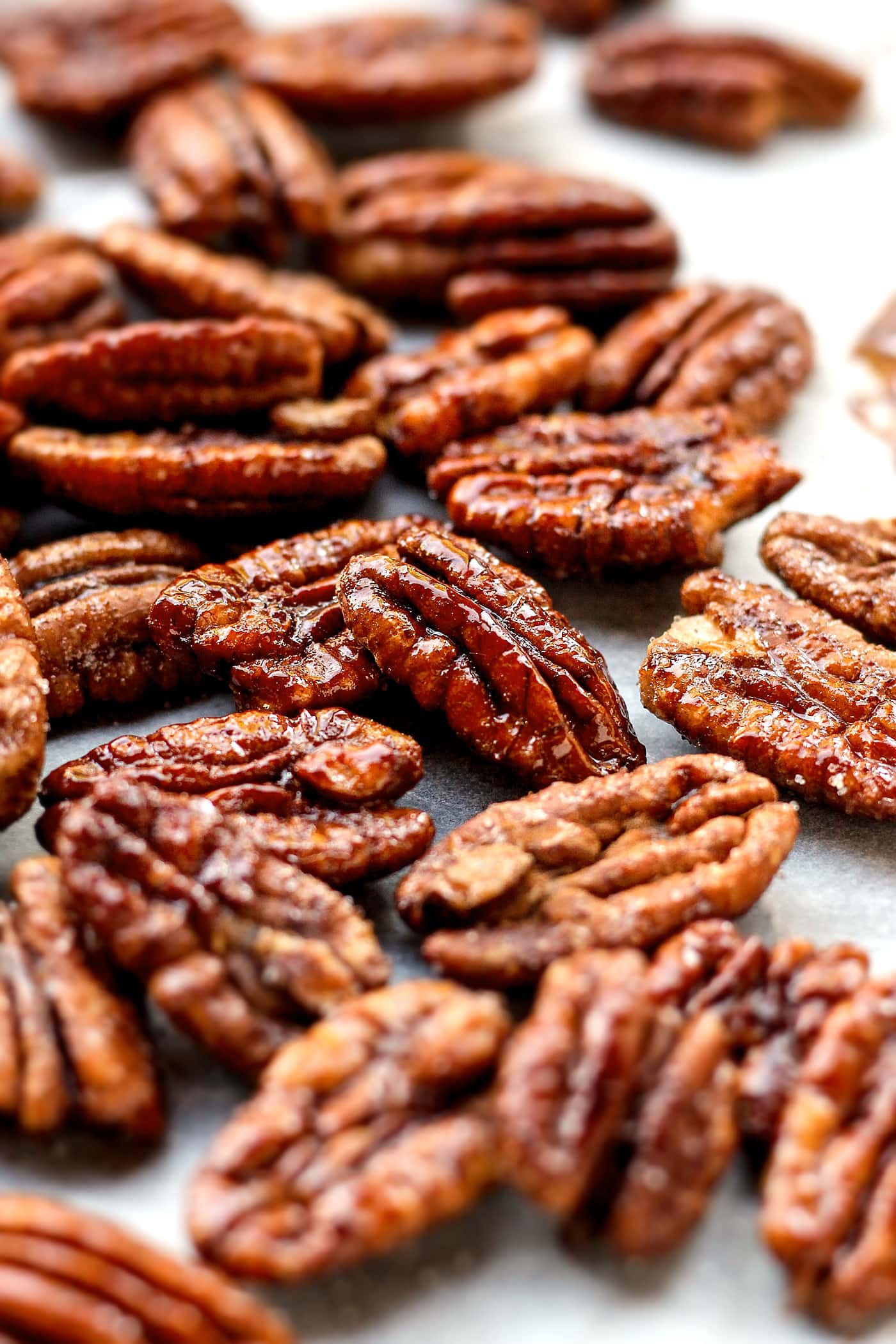 Brown rice syrup acts as the binder, it's a thick and sticky syrup made out of brown rice. It also helps keep the bars soft for a long time, two weeks later they are still chewy! If you prefer a slightly less processed sugar, I recommend using coconut nectar or date syrup, both will work but you might have to use a bit less since they have a thinner consistency.

Candied pecans make these bars 10X more delicious! They are mandatory, do not omit! Seriously. They give the bars a nice crunch in every bite. Check out the recipe notes if you want to make the candied pecans yourself. 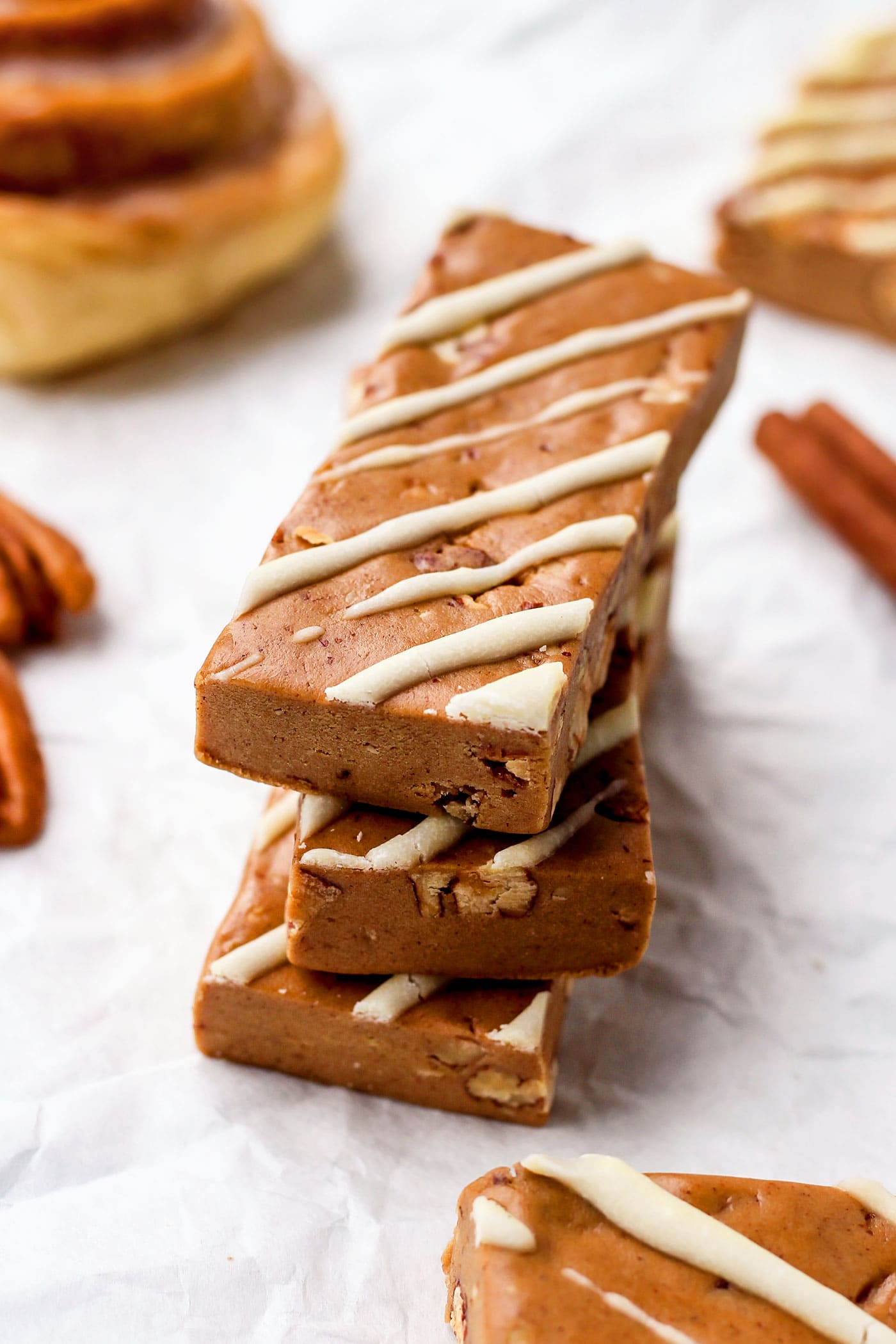 I'm sure you will love these bars, they taste A LOT better than the ones you could buy at the store, not to mention they are cheaper. They make a healthy and tasty protein-packed snack whether you are traveling to work or refilling your workout. I also like to cut them into chunks to top my oatmeal.

They make a healthy and tasty protein-packed snack whether you are traveling to work, going for a hike, or refilling your workout. 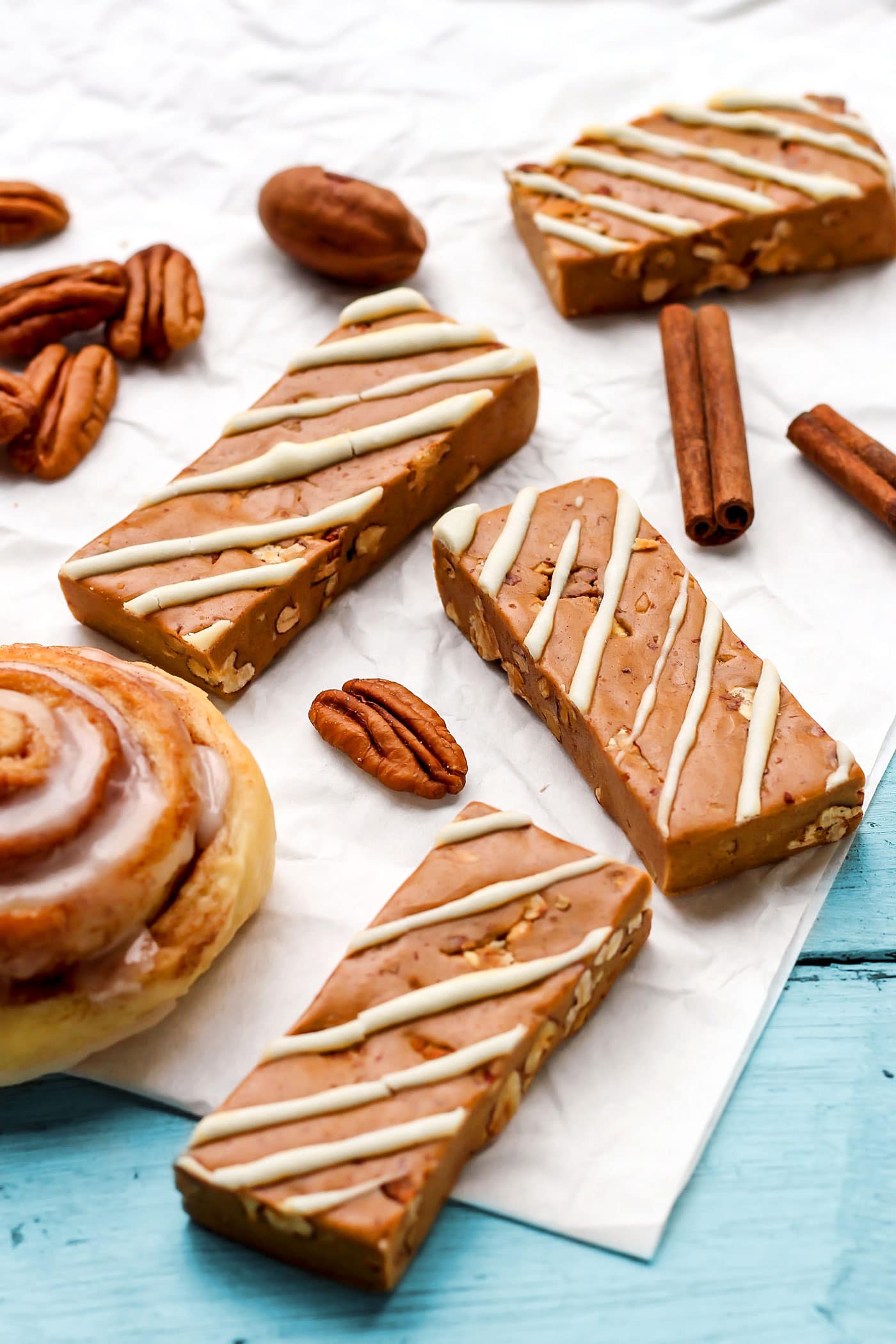 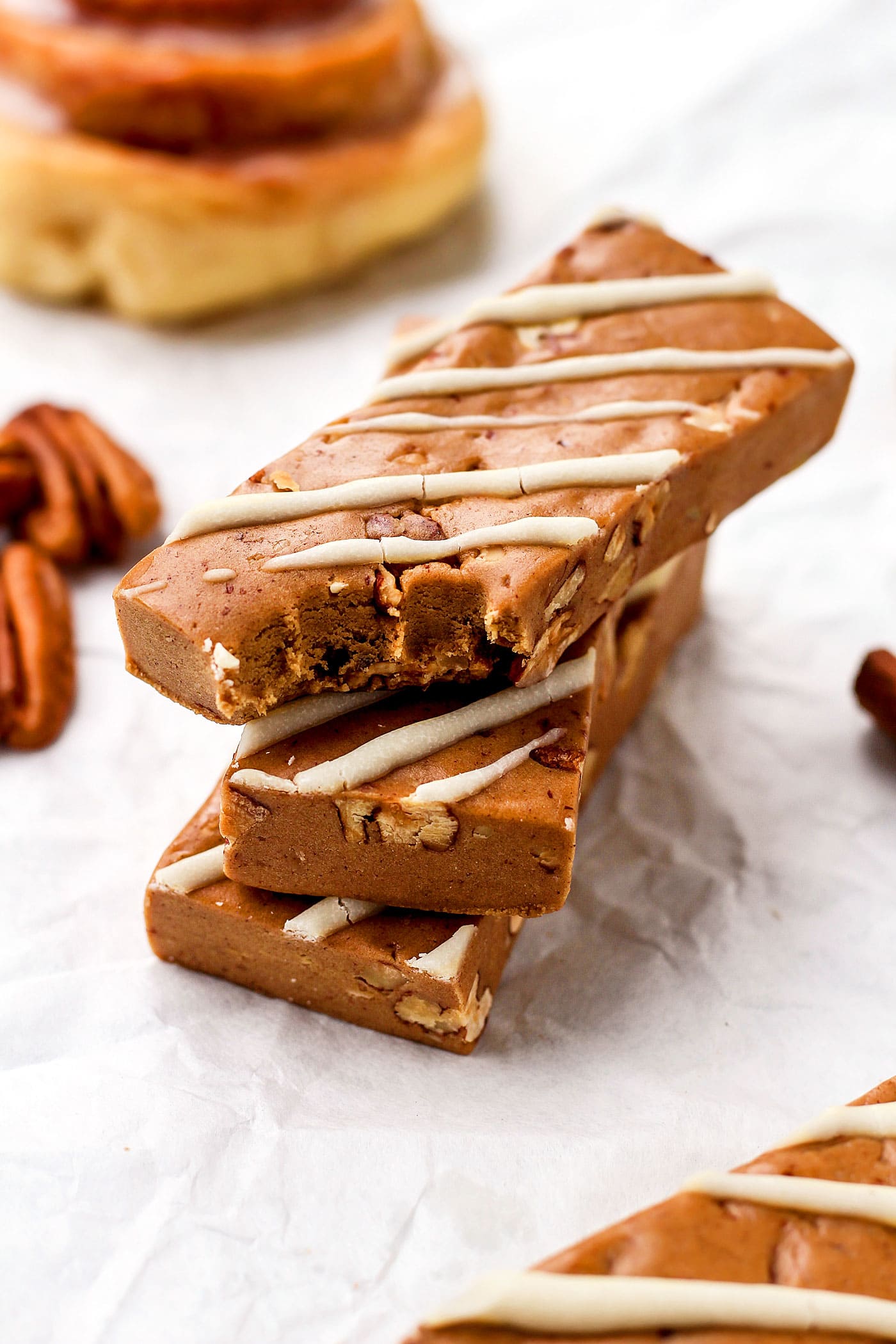 If you don't have candied pecans on hand: Preheat oven to 330°F. In a small bowl, combine ⅓ cup pecans with 2 teaspoon maple syrup, ⅛ teaspoon cinnamon, and ⅛ teaspoon salt. Place on a baking sheet lined with parchment paper and roast for 13-15 minutes. Remove from the oven and let cool completely.

If you substitute cocoa butter for coconut oil, keep the bars in the refrigerator since the glaze might melt at room temperature, coconut oil having a lower melting point than cocoa butter.