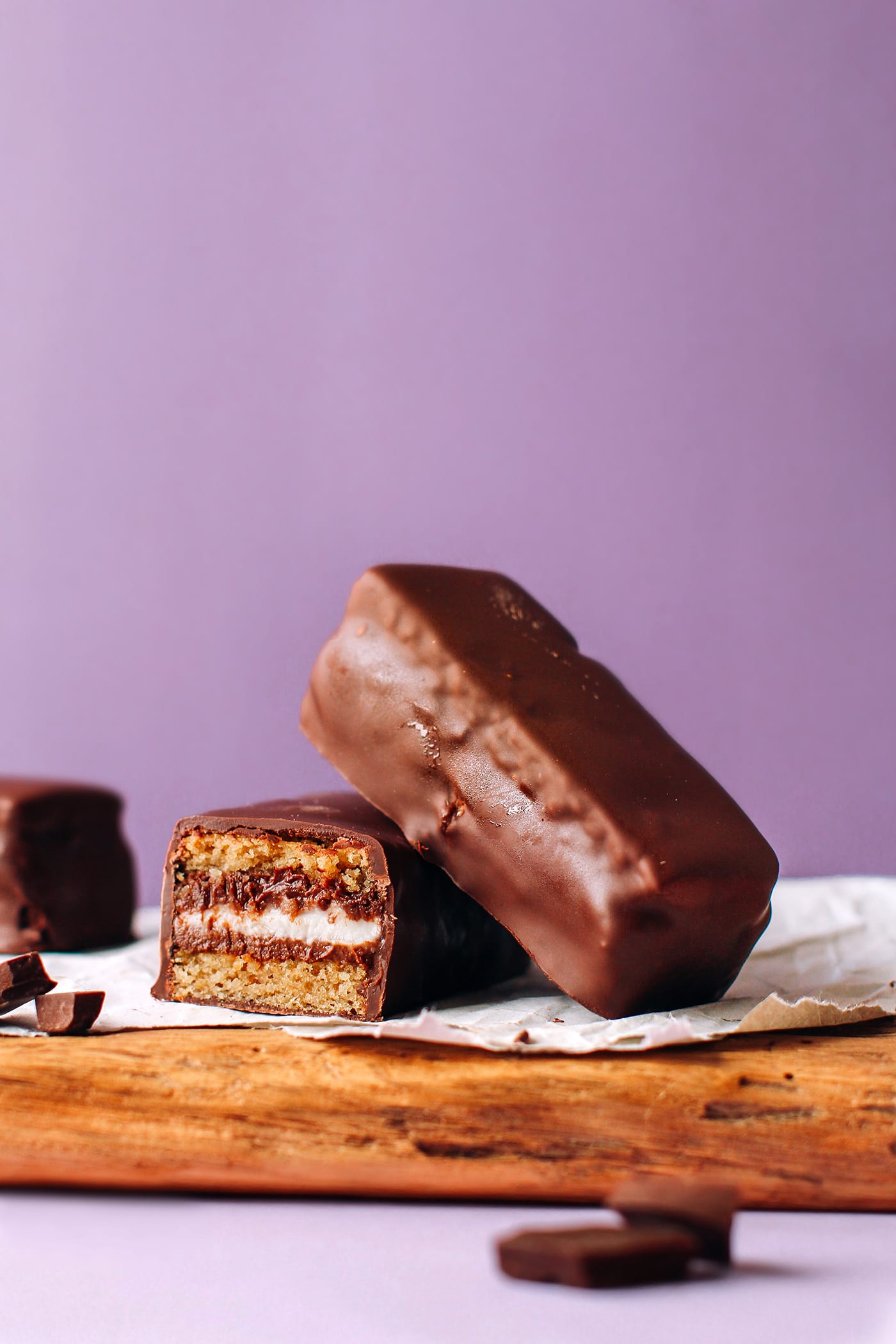 Let's get serious guys, these snack cakes are the bomb.

Did you use to like Ho Hos, Twinkies, or Ding Dongs? Well, you are going to love these!

These snack cakes consist of a soft vanilla sponge cake filled with a tender and chocolatey ganache, a vanilla cream filling, and are coated with a crispy chocolate shell. It's the ultimate treat. 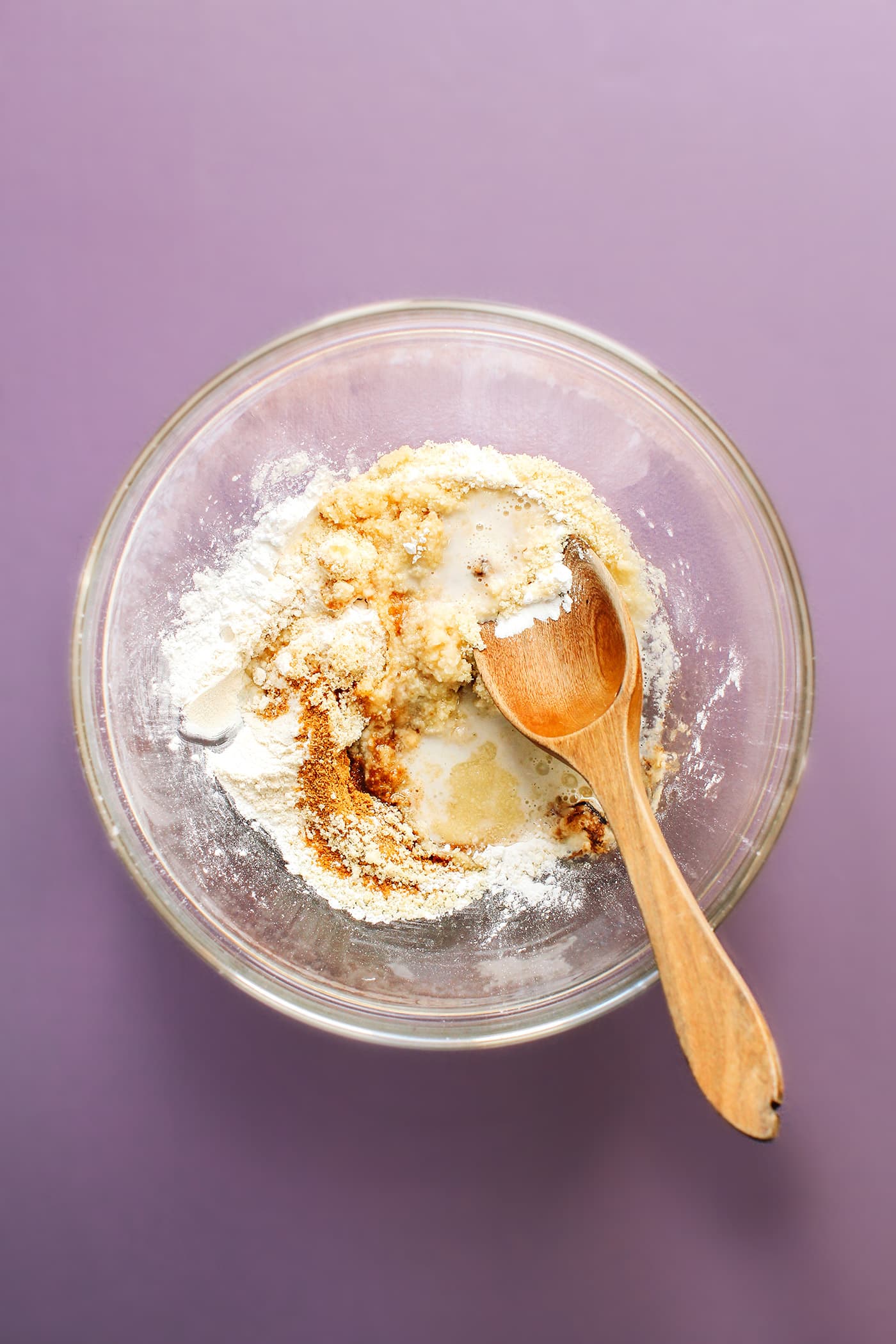 Don't get scared by the length of the recipe, it's actually a pretty simple one! The thing is, it takes some time as you need to wait for each layer to firm up before adding the next one.

It starts with the cake that is fluffy and super tender thanks to the addition of almond flour. You mix all the ingredients together in a bowl and then pour half of the batter into a baking dish. Bake and repeat with the other half. You now have the base of your bars! 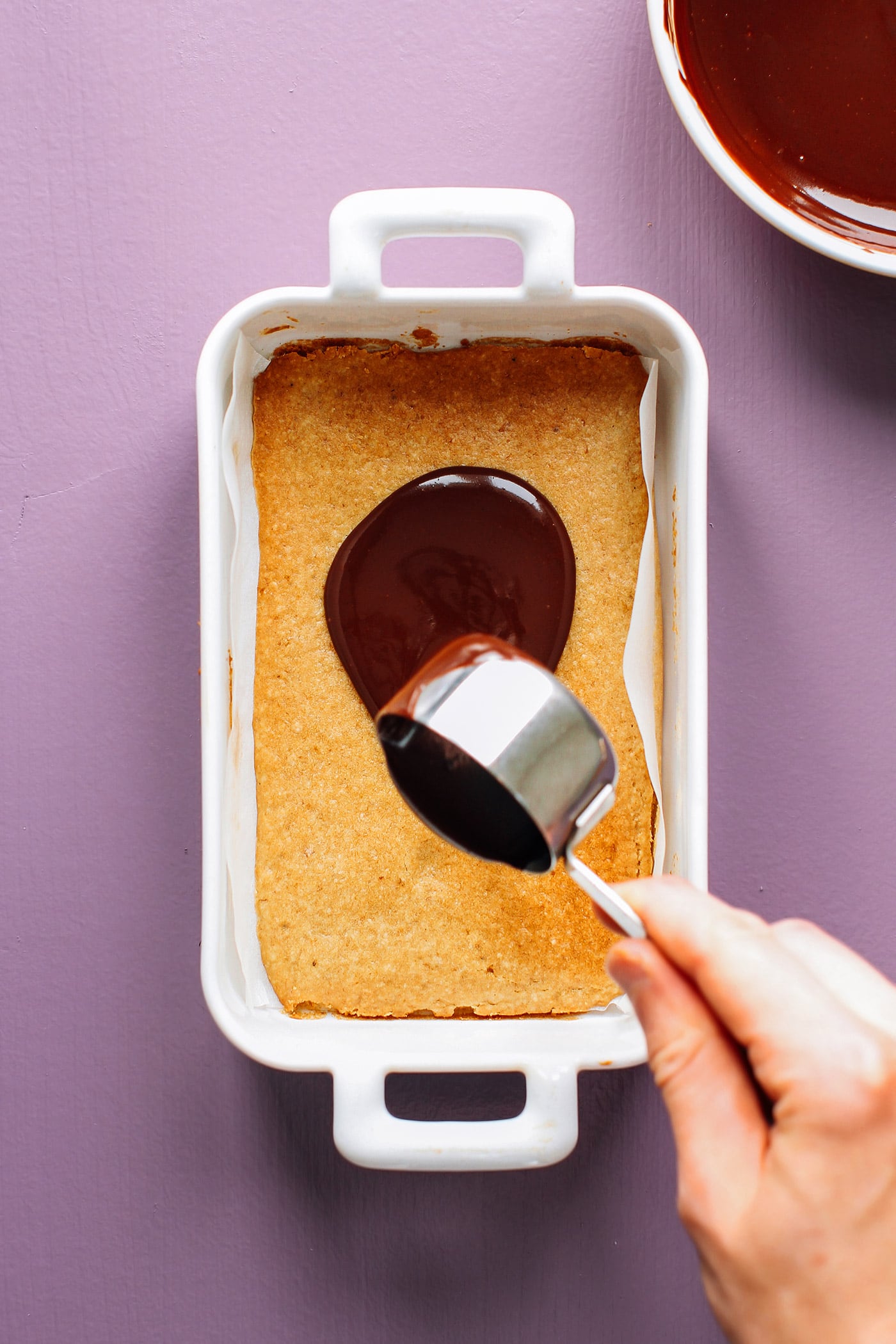 The next step is the chocolate ganache. I went with a super simple 2-ingredient ganache that requires just dark chocolate chips and almond milk. Half of the ganache is poured over the first layer of the sponge cake. Then you refrigerate it until firm before pouring the coconut vanilla cream on top. 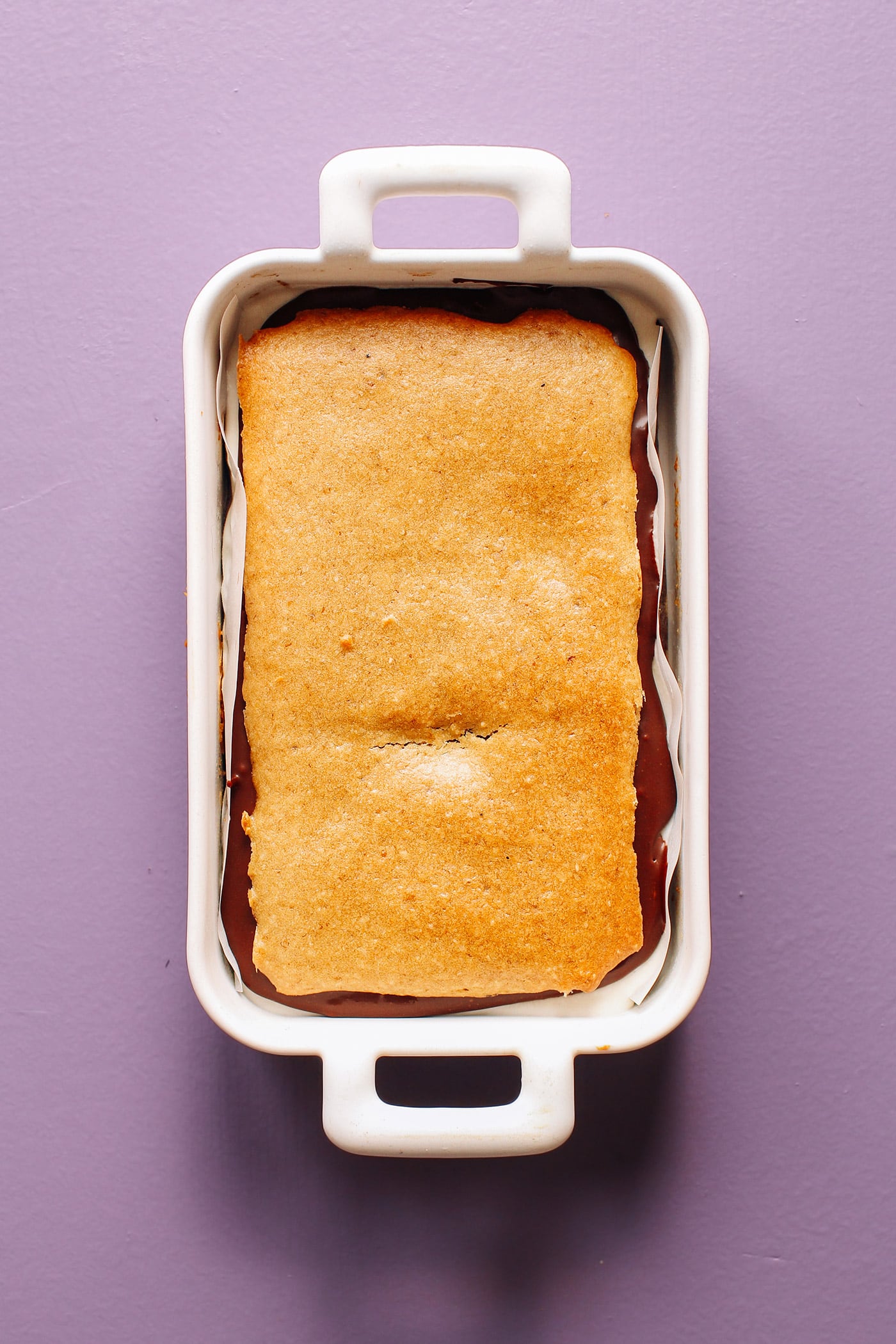 Speaking of the vanilla cream, it's coconut cream sweetened with maple syrup, flavored with vanilla, and mixed with some cocoa butter for extra creaminess. If you don't have cocoa butter you can use coconut oil, or just omit.

Once you have spread the coconut cream on top of the chocolate ganache, it's time to refrigerate it again until firm. I recommend refrigerating between each layer to prevent them from mixing with each other. Next, pour the remaining chocolate ganache on top of the coconut cream and top with the second layer of sponge cake. See? It's not that difficult! 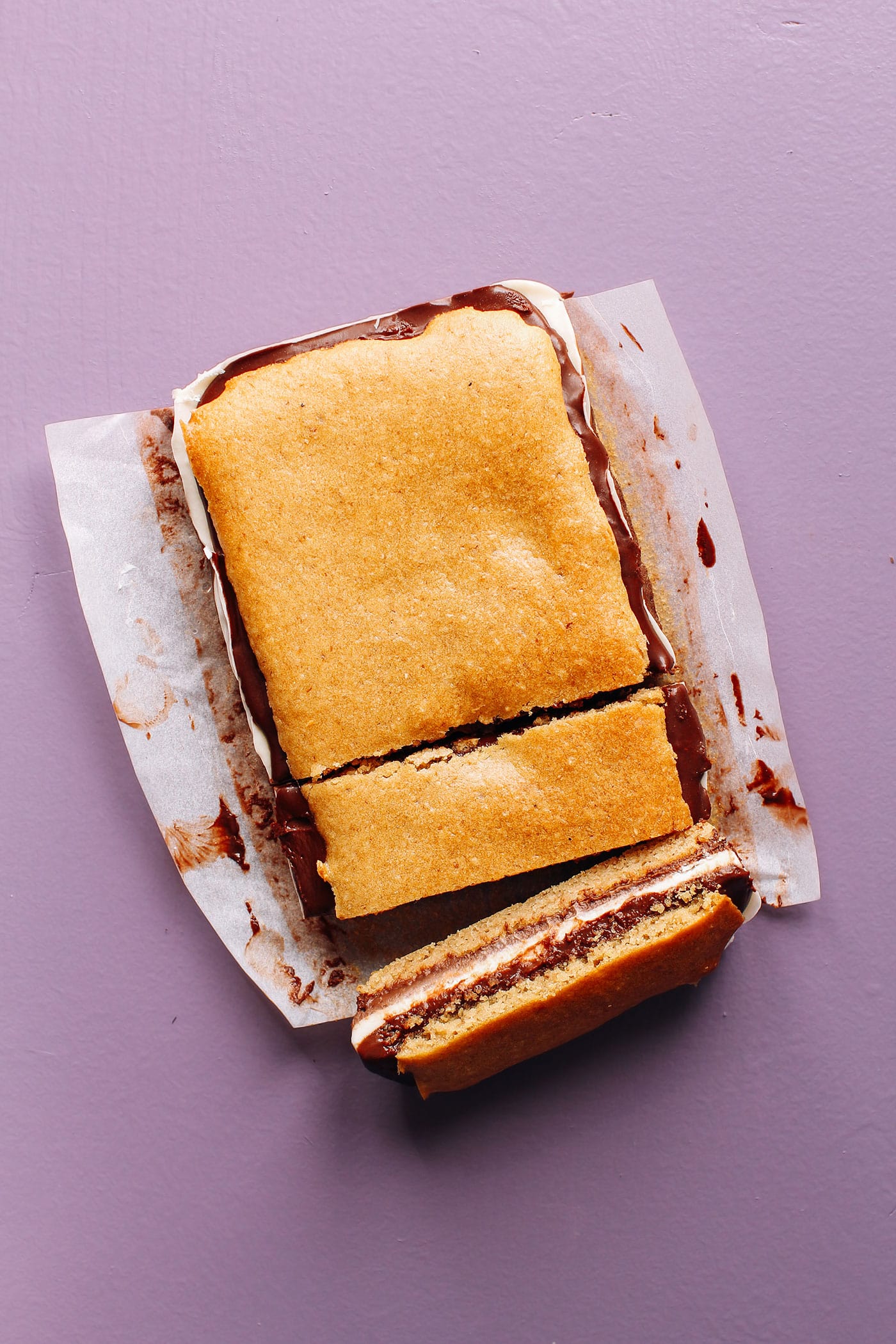 Finally, cut into bars and dip in melted chocolate! 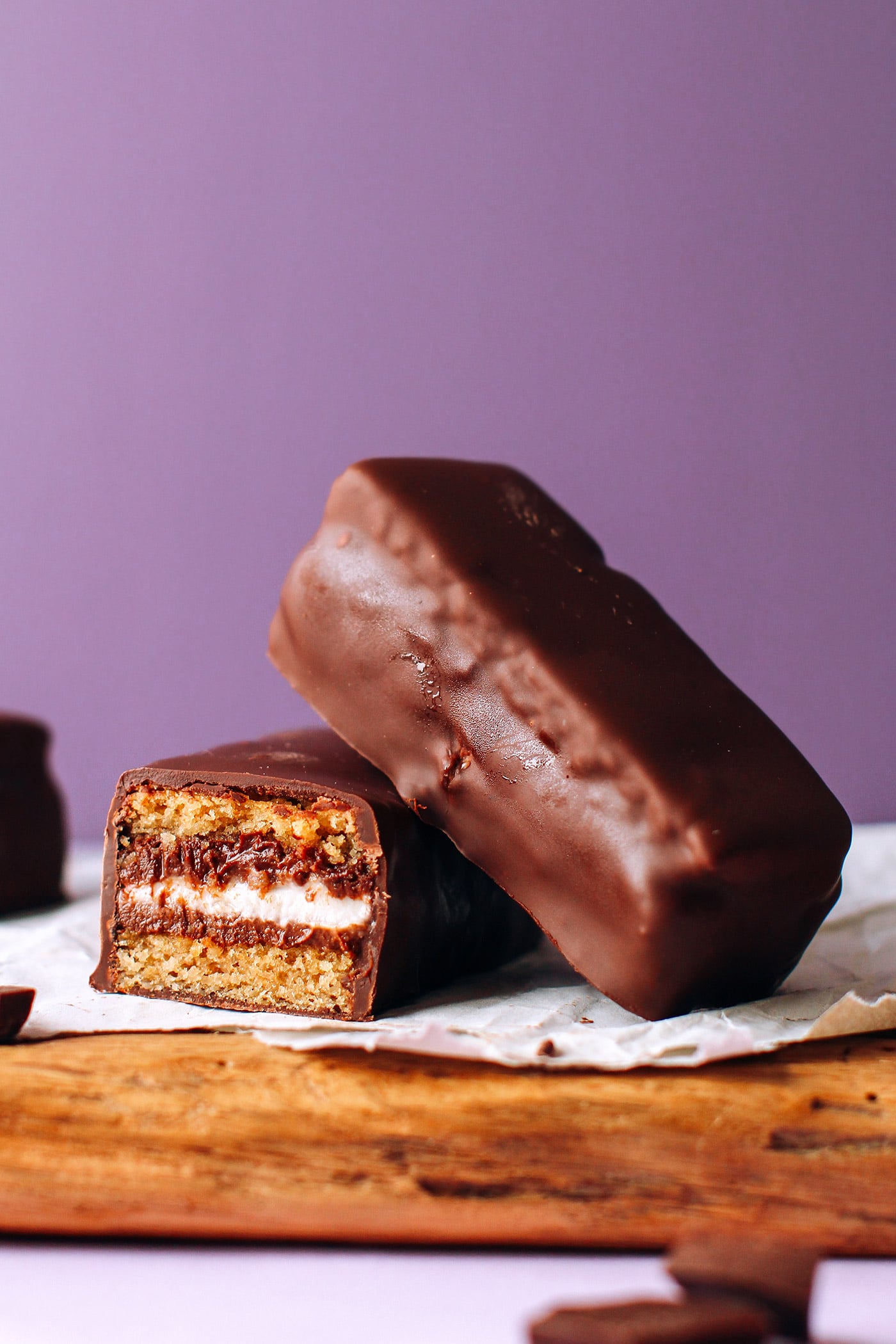 These bars are insanely good! They are super tender, not overly sweet, and crispy thanks to the chocolate shell. What I love about these is the combination of the soft sponge cake with the creamy chocolate ganache and fresh vanilla cream. Did I mention kids LOVE these bars! 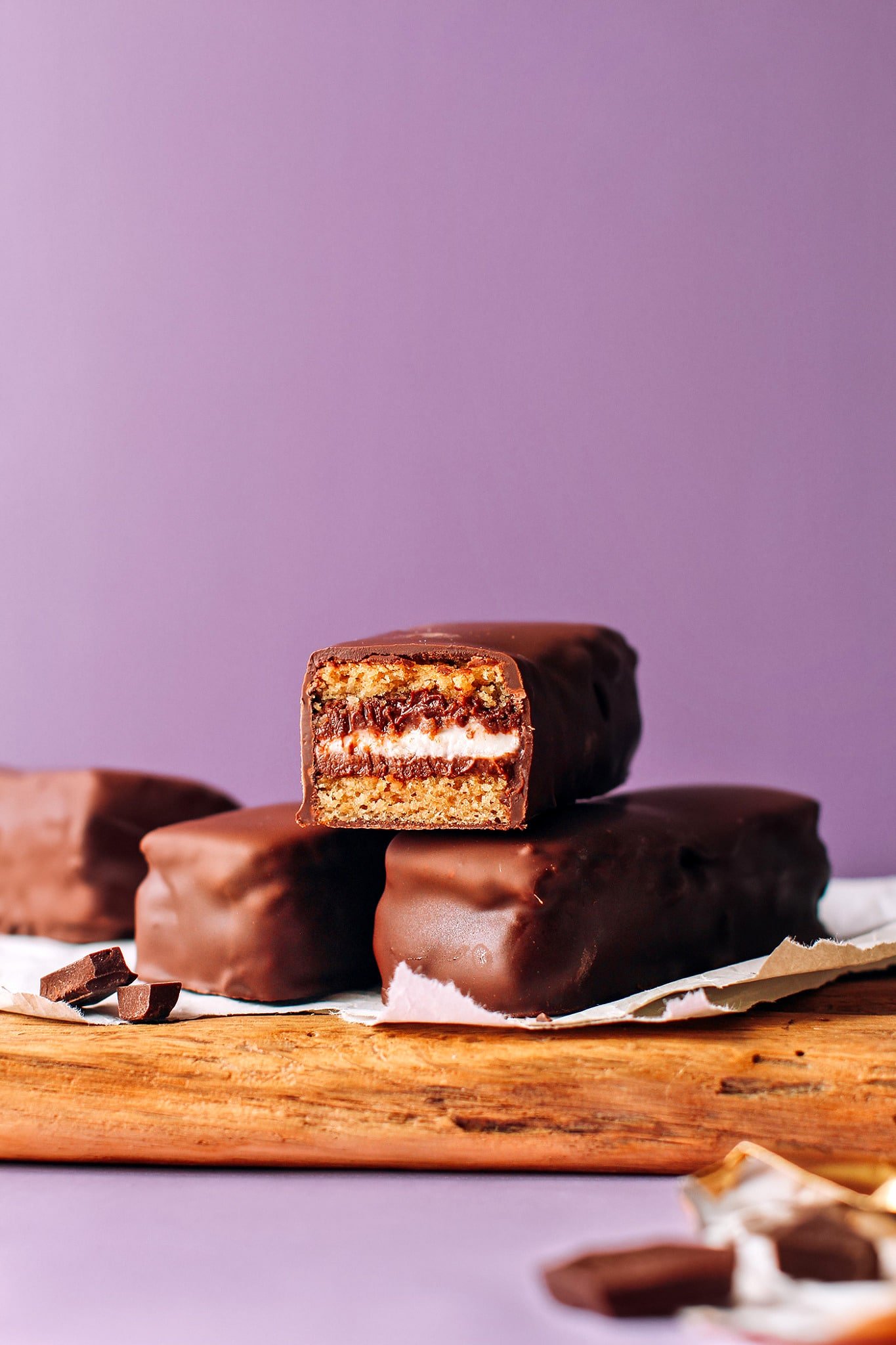 Soft cakes filled with two layers of chocolate ganache and a sweet vanilla cream, coated with a crispy chocolate shell! The ultimate snack, kids love it!