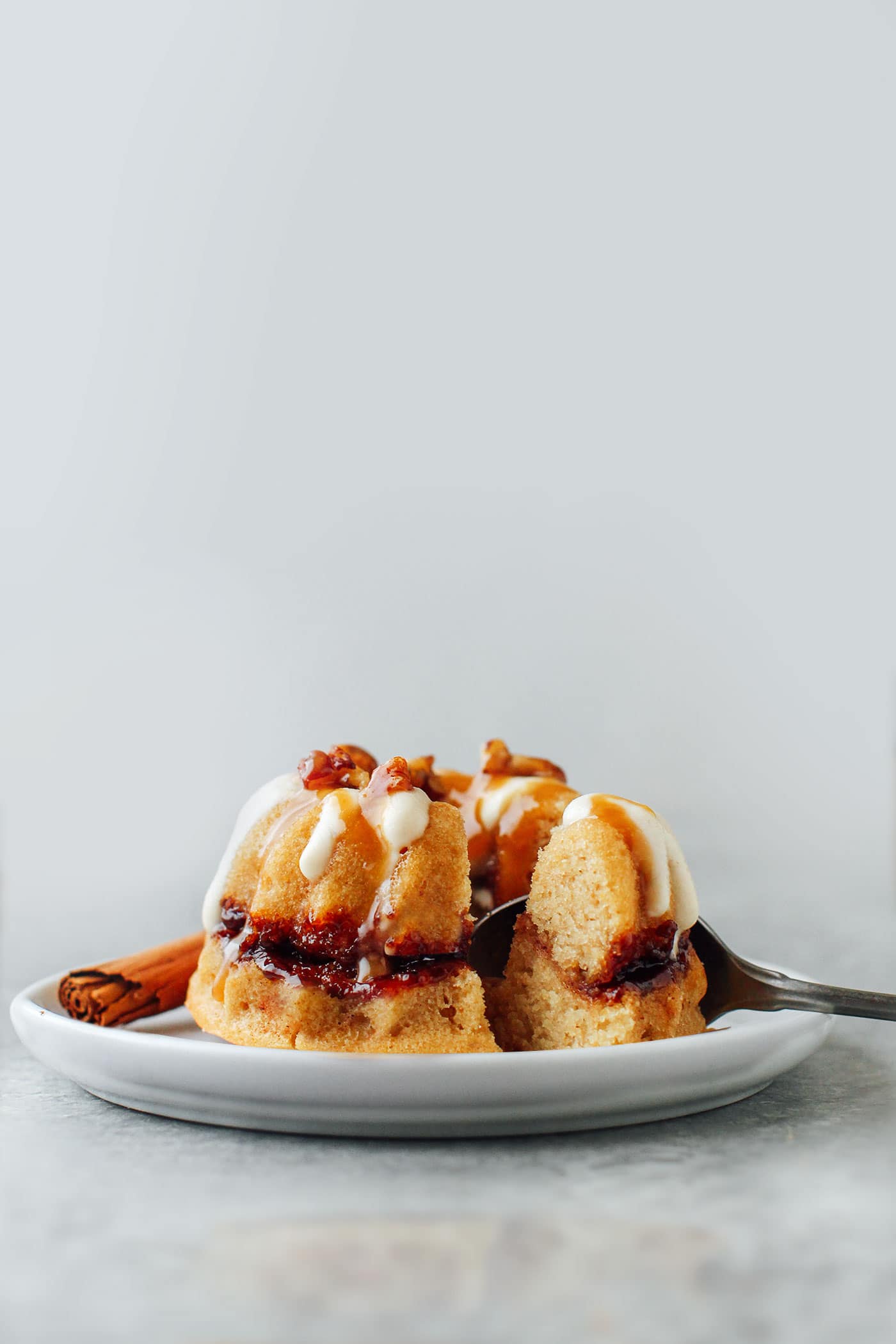 If you are looking for a twist on cinnamon rolls, you MUST try these bundt cakes. It's basically cinnamon rolls in form of mini bundt cakes and comes with a creamy cashew maple glaze, roasted pecans, and caramel sauce. Yep, it's all or nothing! 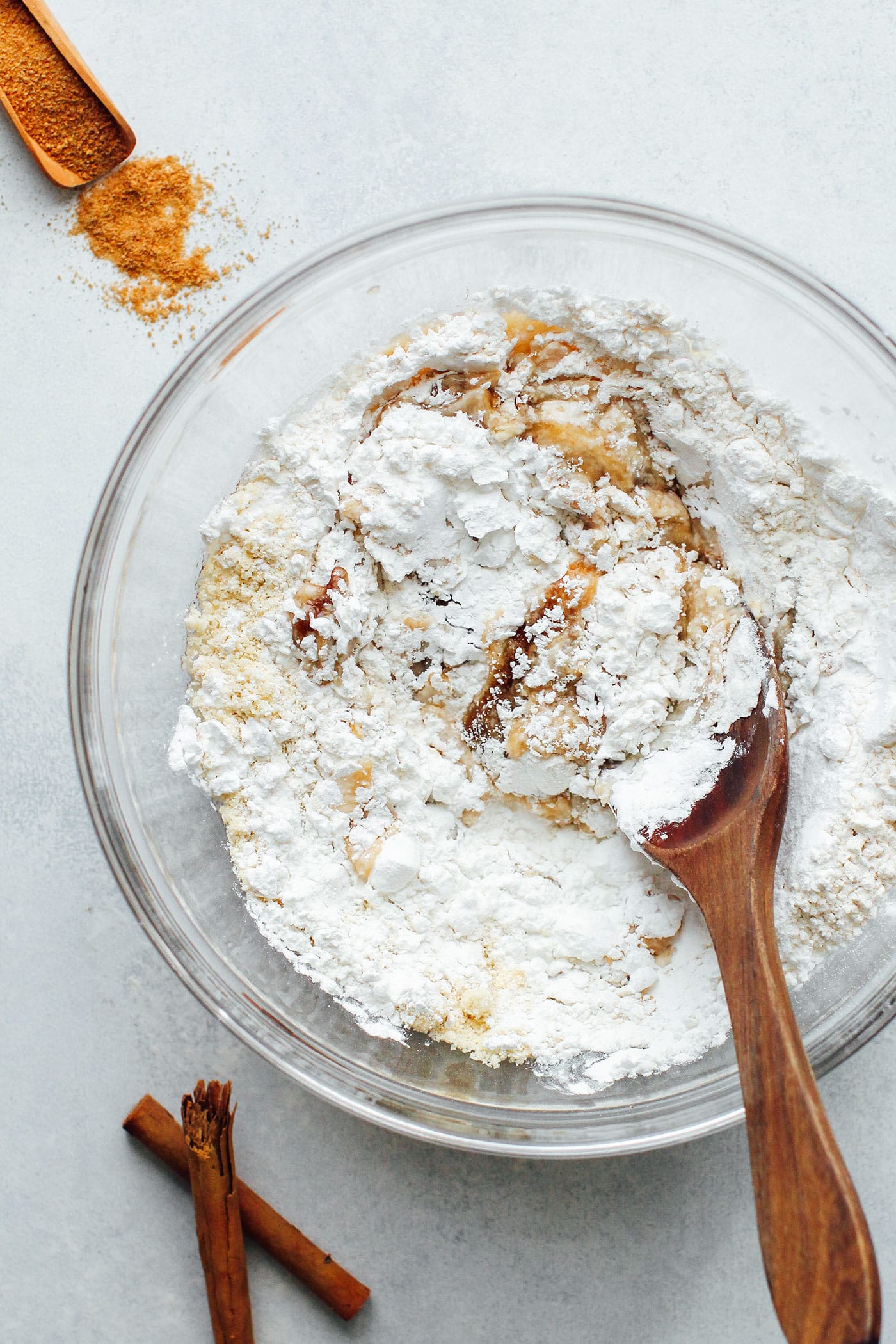 The batter for the bundt cake is inspired by my Fudgy Chocolate Layer Cake. I used a mix of different flours to keep it gluten-free, maple syrup and coconut sugar to sweeten it, and applesauce to make it soft and moist.

For you those of you who don't mind about the gluten and don't want to work with a gazillion of different flours, I'm going to try this recipe with all-purpose flour soon and share the results here, stay tuned!

The swirl is a simple combination of coconut sugar and cinnamon that melts and caramelizes when baking, giving the cakes a wonderful smell and that cinnamon roll flavor. 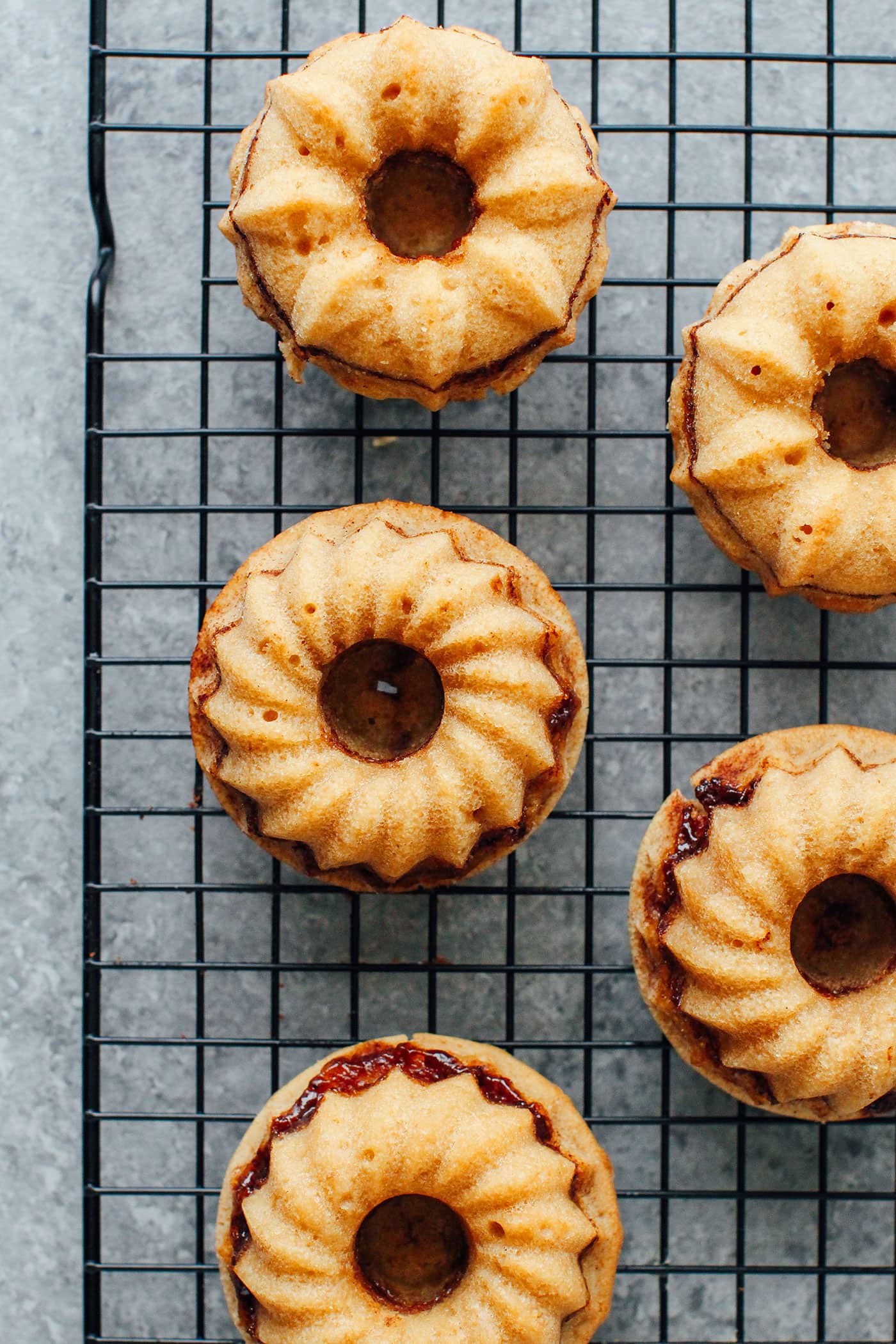 Regarding the toppings, which are essential by the way, we have a creamy vanilla cashew cream, almond butter caramel, and crushed roasted pecans. The cashew cream requires only 5 ingredients: soaked cashews, maple syrup, vanilla extract, sea salt, and a squeeze of lemon juice.

Can you see how moist and soft these bundt cakes are? And that gooey center? SO GOOD! 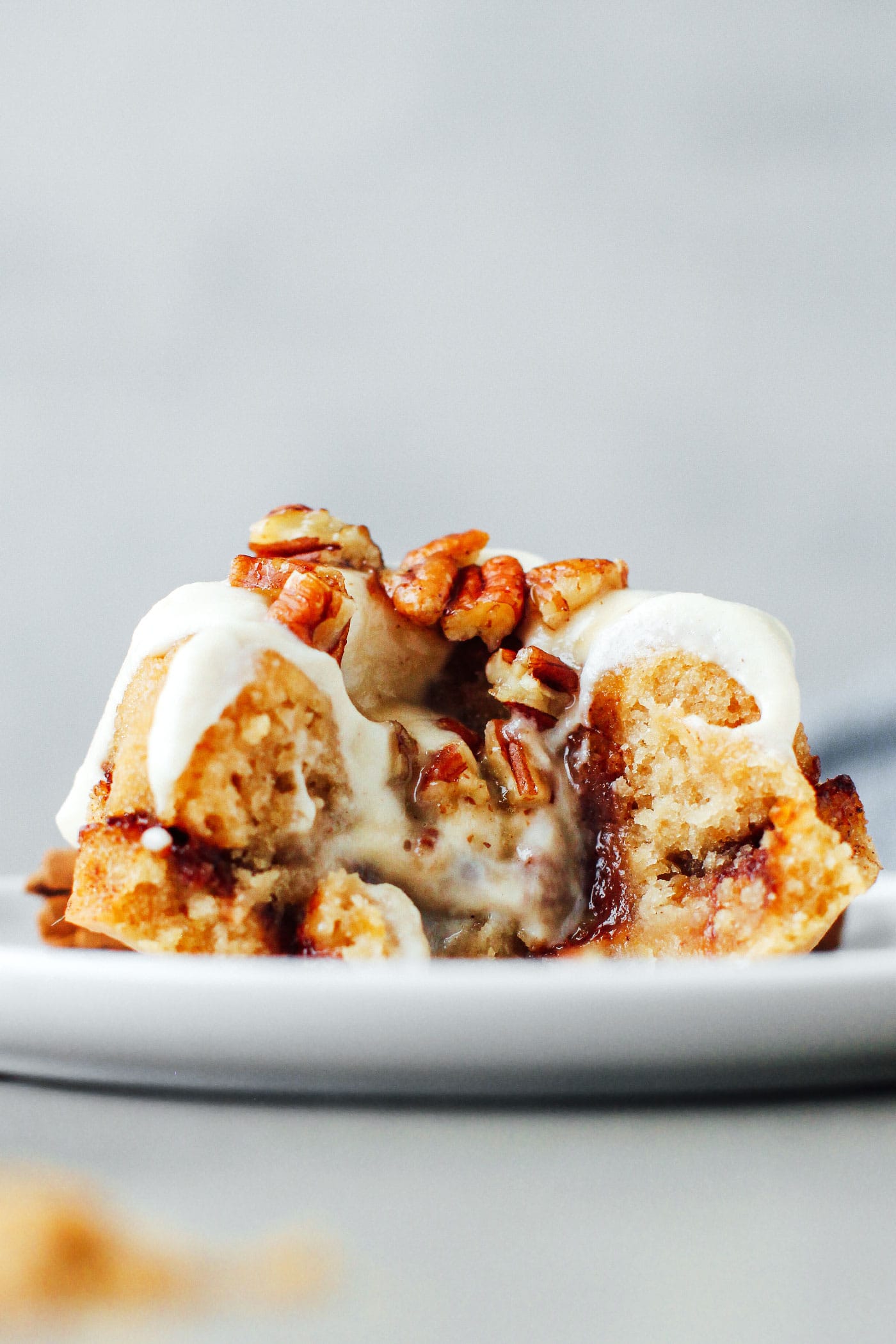 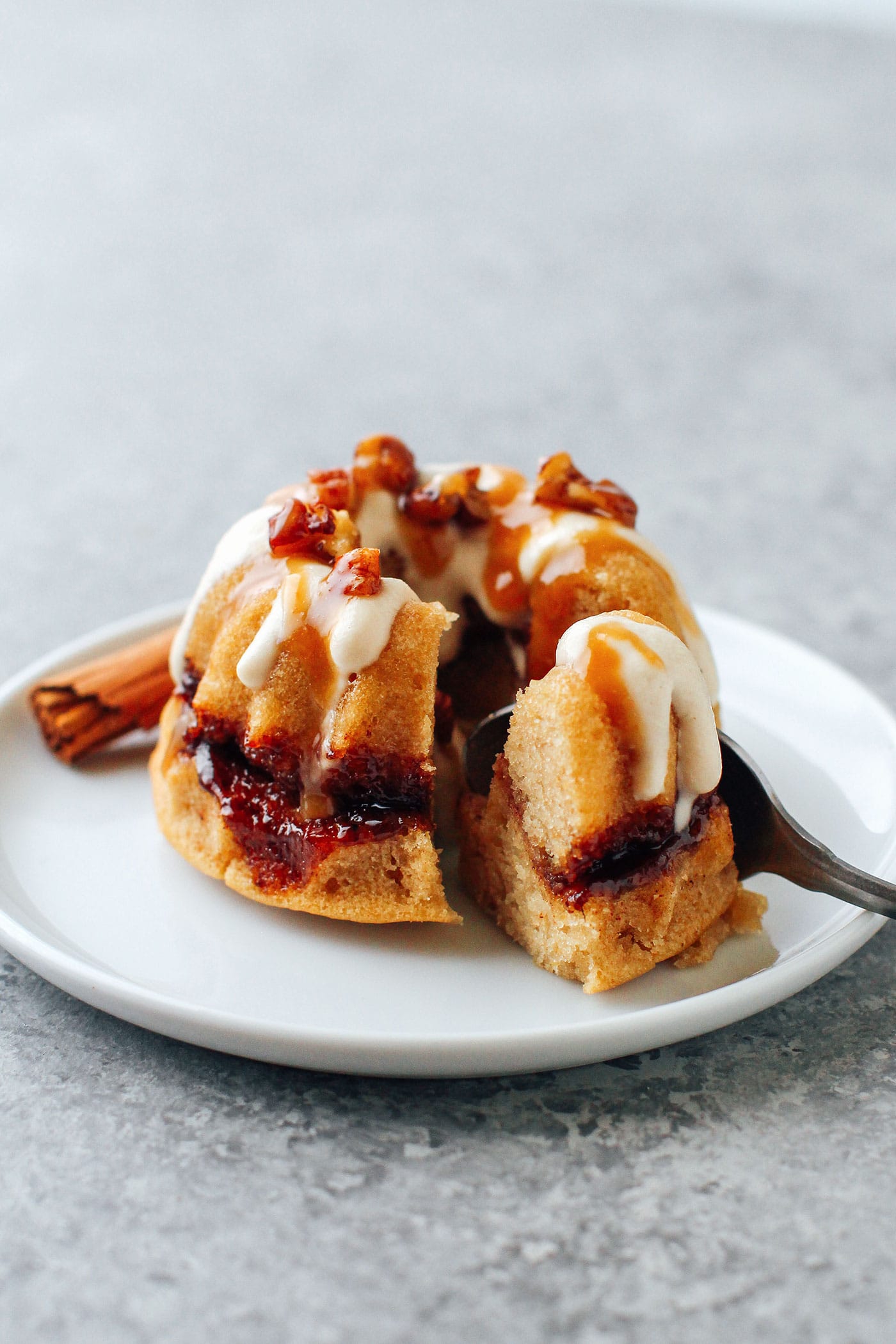 These mini cinnamon bundt cakes are delicious still warm, topped with the chilled cashew cream. If you like cinnamon rolls I have no doubt you will love these bundt cakes! 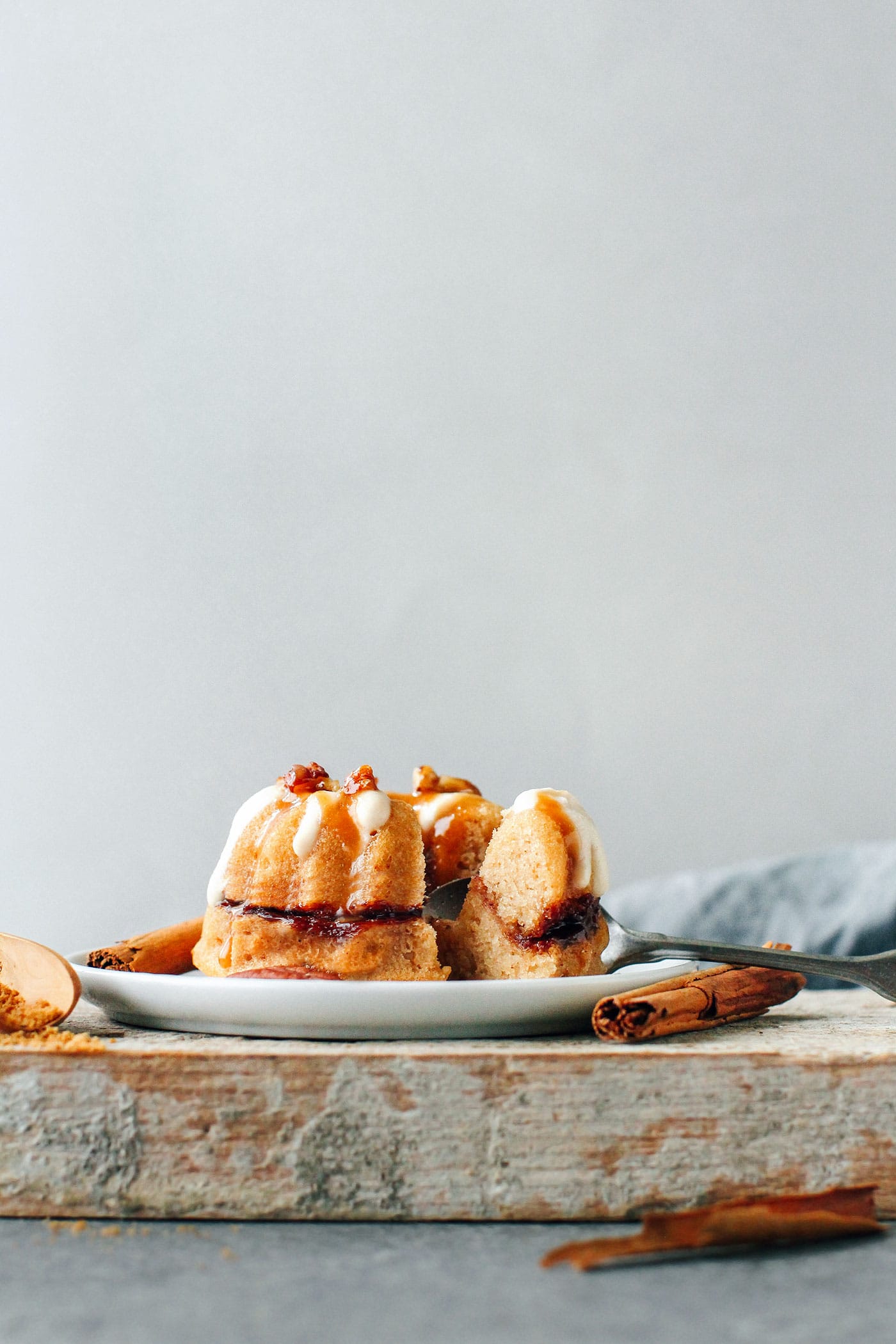