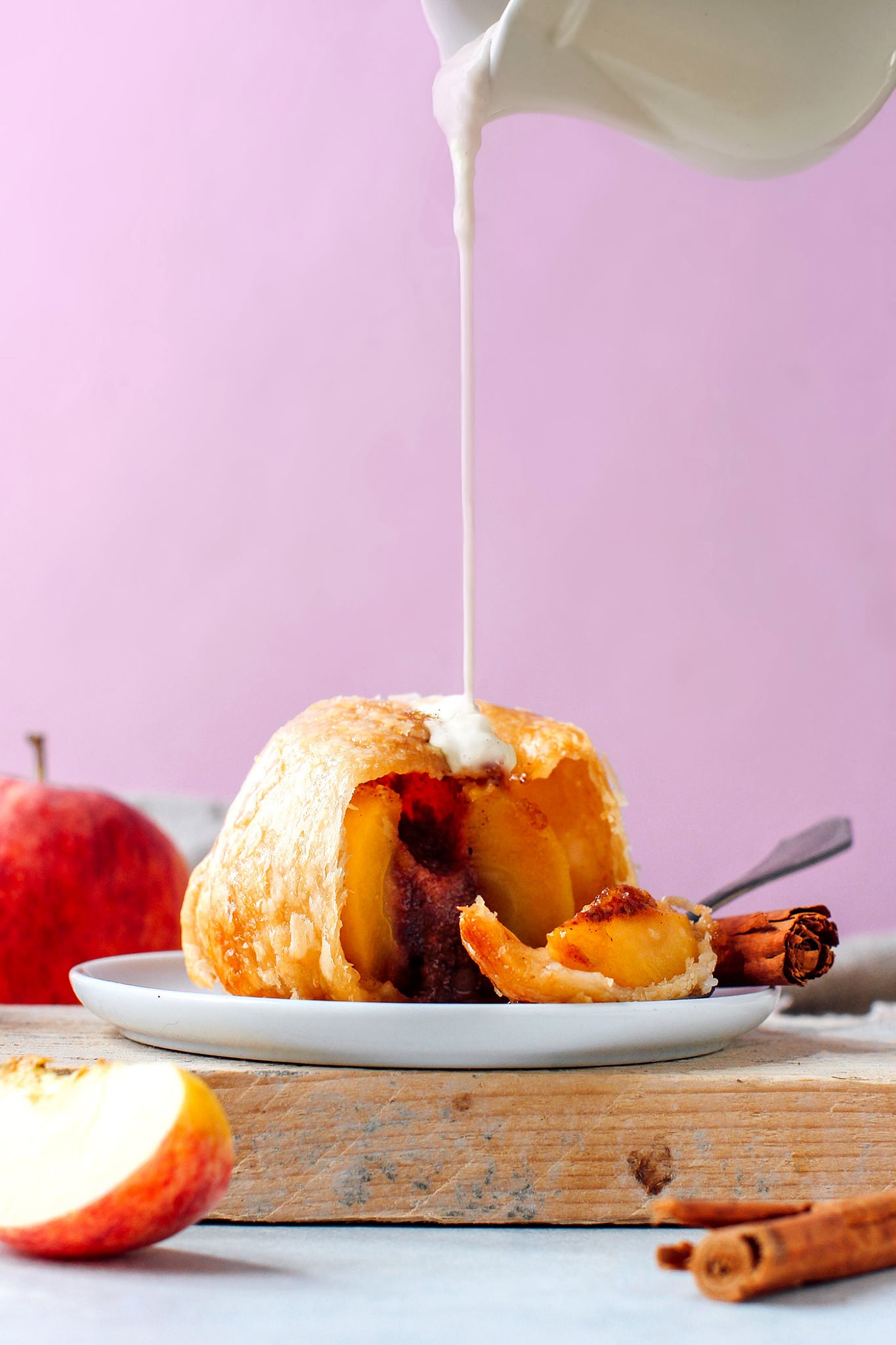 Have you ever heard of Appelbollen? It is a dessert that I discovered last year in the Netherlands. It consists of an apple filled with almond paste and cinnamon sugar, wrapped in puffed pastry. It's usually eaten warm during winter and is a super comforting treat!

Since Fall is just a few days away, I thought it would be great to start it with an apple dessert. The combination of the flaky pastry, tender apple, and cinnamon sugar that turns into caramel is awesome. And the smell coming from the oven? Don't get me started. 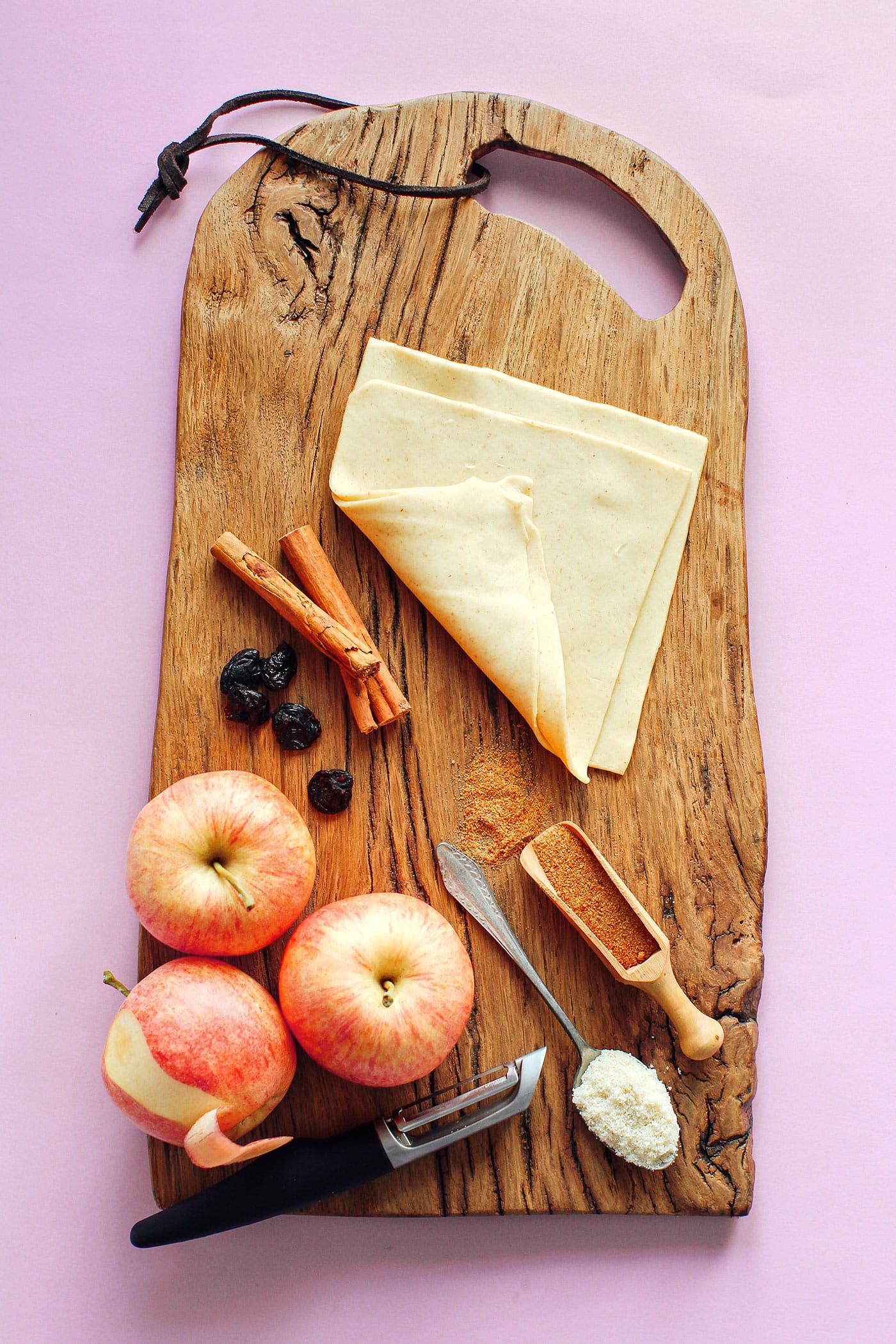 This recipe comes together very quickly and requires just a few ingredients, making it the perfect last minute (or so) treat!

You start by preparing the filling that will go in the center of each apple. The authentic Appelbollen recipe calls for almond paste, so to keep this dessert refined sugar-free I made my own. It is a mix of almond flour, coconut sugar, and almond extract that forms some kind of paste when mixed together. 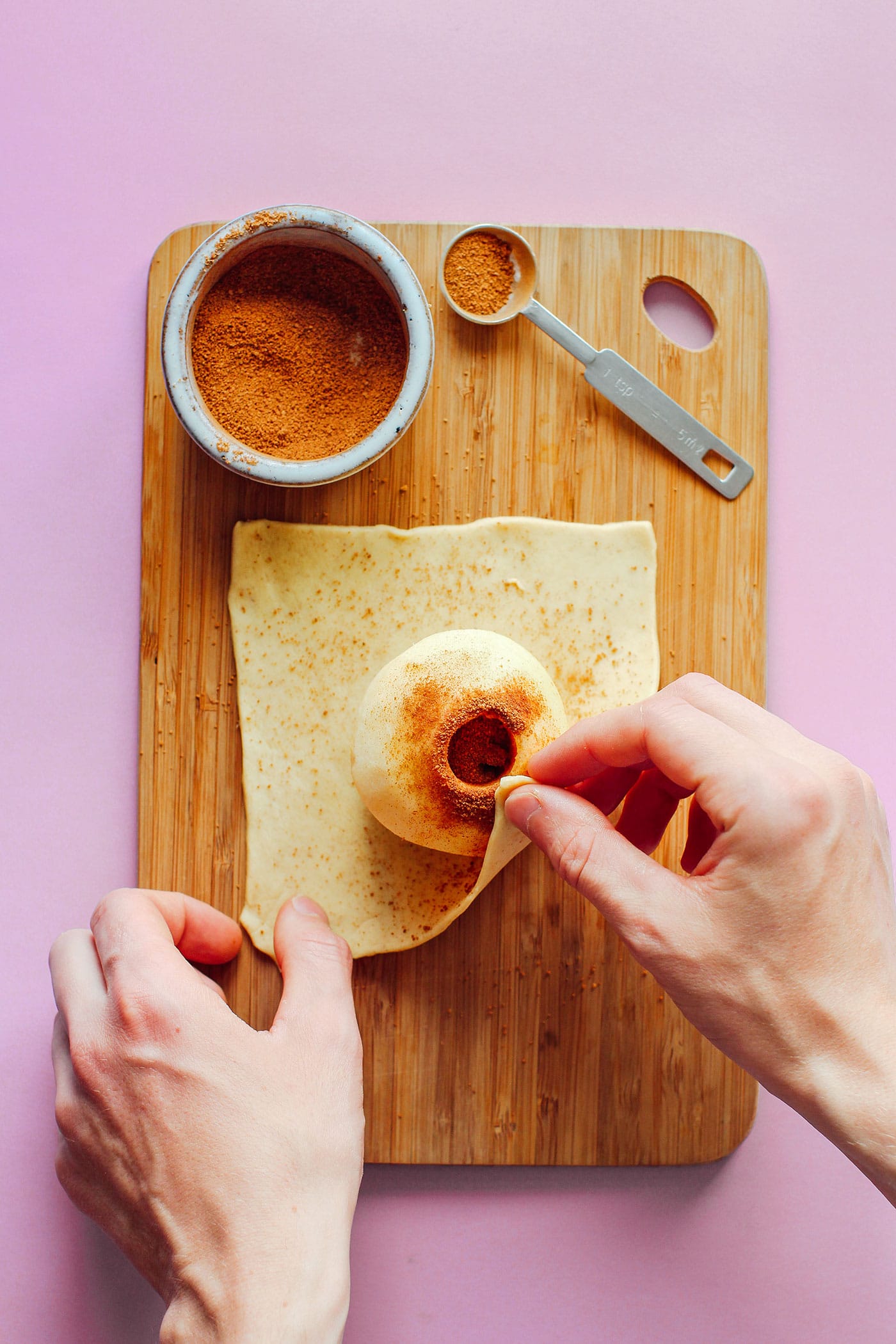 Once your filling is ready, prepare the cinnamon sugar by mixing coconut sugar with cinnamon. Next, peel and core your apples and place each of them on a square of puff pastry. To save time I didn't make my own puff pastry, it's a long process that would make this recipe more complicated. House rule: when sweet cravings happen, don't waste time.

You can easily find vegan puff pastry at the supermarket, most of them don't contain any butter. I also saw some vegan + gluten-free ones the other day.

Finally, fill the center of each apple with some homemade almond paste, add a few raisins, and sprinkle with cinnamon sugar! Wrap the edges around the apple to seal it and bake for around 25 minutes, or until the puff pastry is golden brown. 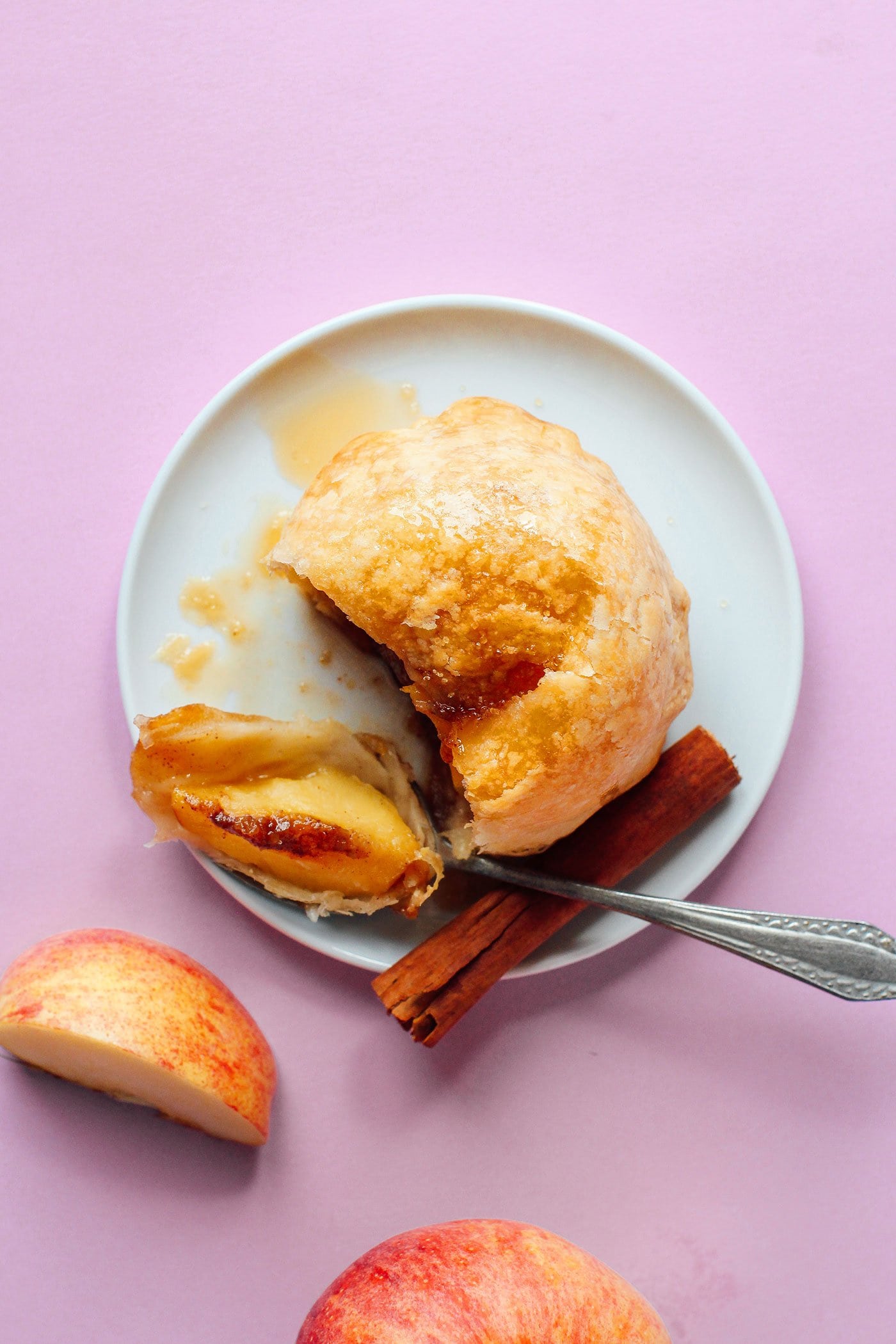 Nothing warms up a chilly day like these apple dumplings! With its cinnamon-y caramel center and flaky puff pastry crust, this fall dessert is super comforting! 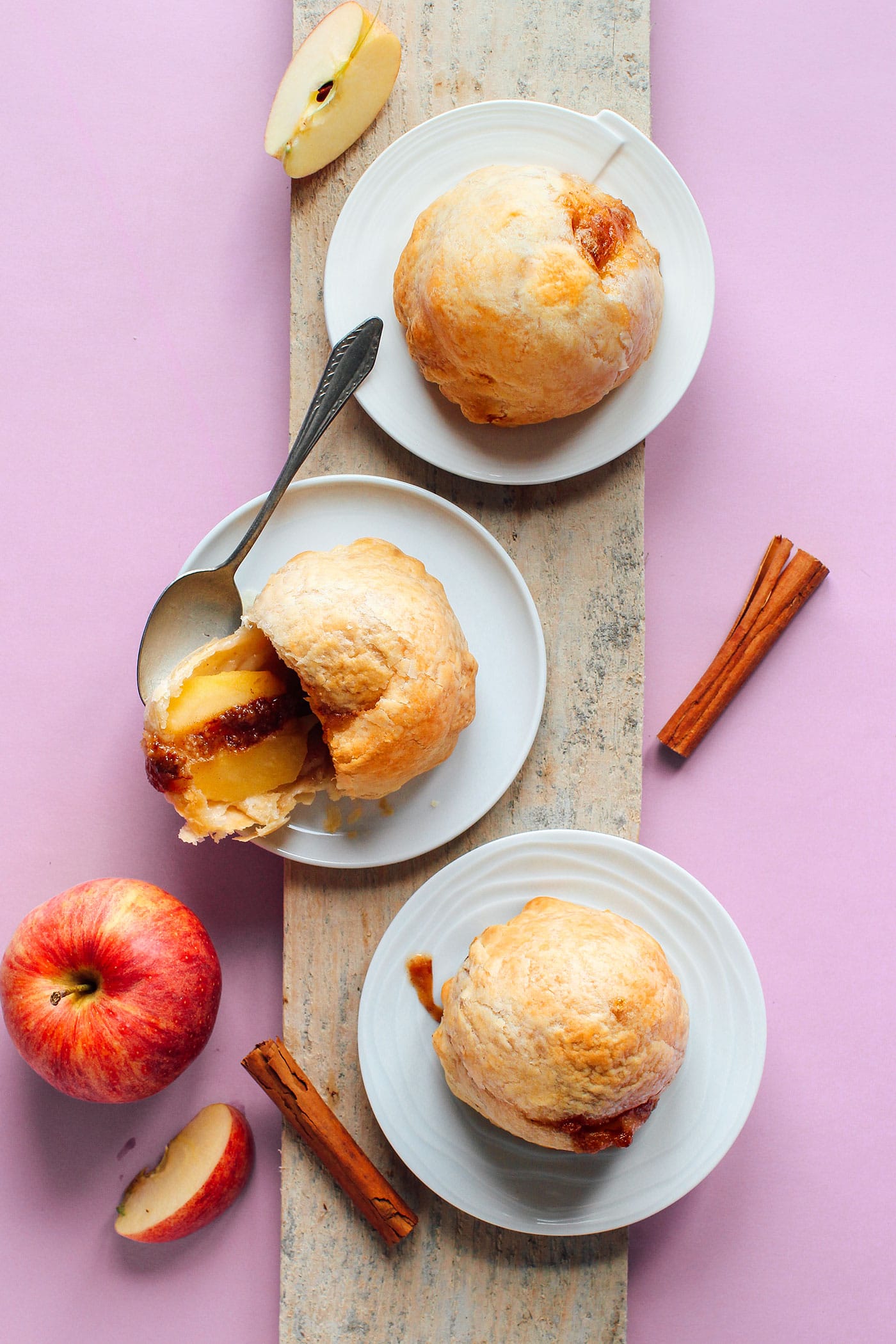 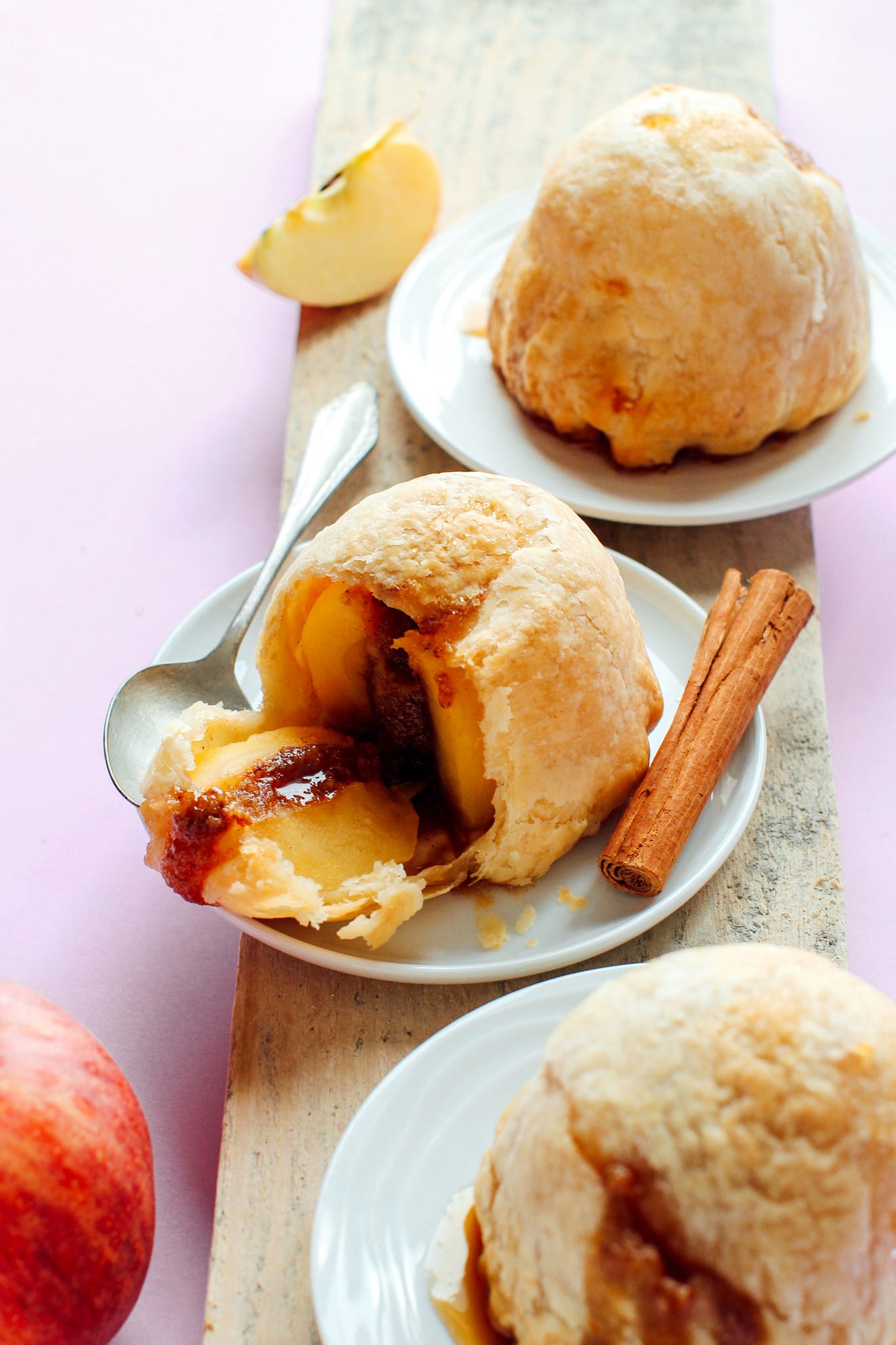